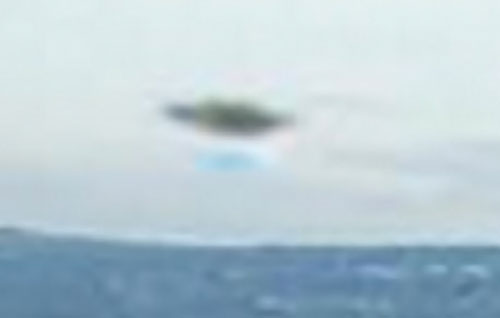 A man named Emil Ziemczonek claims he accidentally photographed a UFO while taking landscape photos in the West Yorkshire town of Shipley in England on Sunday, October 6. 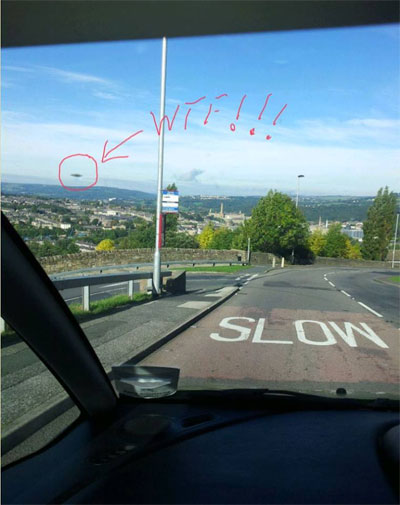 Ziemczonek explained to the Telegraph & Argus, “I had a friend coming to visit from London and I wanted to show him the beautiful views.” He stopped his car at a bus stop to take the landscape photos on his cell phone. And that is when he apparently snapped the photo that captured the UFO. As is the case with many similar situations, Ziemczonek says he did not see the UFO when he took the photo, but instead he discovered it when he was back home reviewing the photos he took.

He told the Telegraph & Argus that, after discovering the UFO in his photo, he “immediately thought that it looked like some sort of spaceship.” He continued, “I think it must have come from Space because it looks so very strange.” He also speculates that the object must have been flying “very quickly” because he did not see anything in the sky when he took the photo. 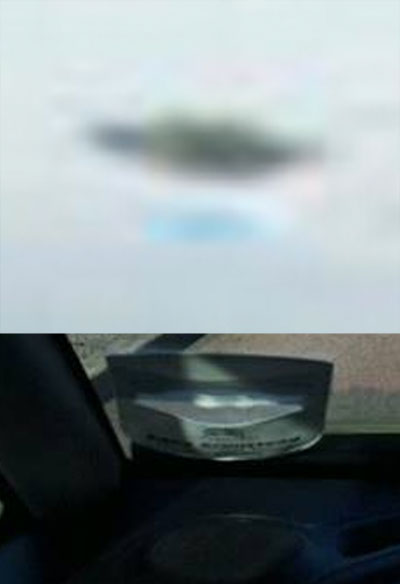 The UFO (top) and the tax disc holder (bottom).

Although Ziemczonek is convinced he photographed a spaceship, not everyone agrees with his conclusion. Some believe the object in the photo is simply something on the car’s windshield like bird droppings, or even a chip in the glass. Another theory is that, because of its similar shape, the UFO could simply be the tax disc holder (the object attached to the lower left corner of the windshield) reflecting off the lens of the camera. Yet others believe the UFO shows signs of digital manipulation, implying the photographer added the UFO to the photo.

Ziemczonek seemingly took multiple photos of the same landscape, so viewing these other photos would be an easy way to either substantiate or refute the theories that the UFO is simply a reflection or something on the windshield. But this one photo is all that has been released.