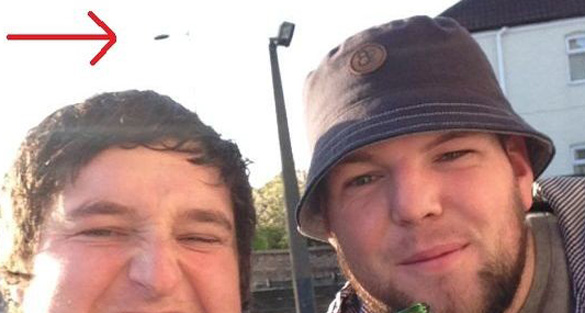 UFO photobombs selfie in the UK

Just in time for Friday, a UFO apparently photobombed a party selfie in the UK. A couple of buddies in the UK warming up at the bar for a football (presumably soccer) game caught a surprise guest in their selfie while waiting for their ride to the game.

Dave Harding and Liam Heeney were outside of Grimsby’s Spider’s Web pub early Sunday morning having a beer when they took the picture. They were waiting for a minibus full of friends to take them to a game in Liverpool.

In the photo you can see they are having a good time. They didn’t notice the mysterious object in the picture until they uploaded their photo to Facebook and their friends pointed it out. 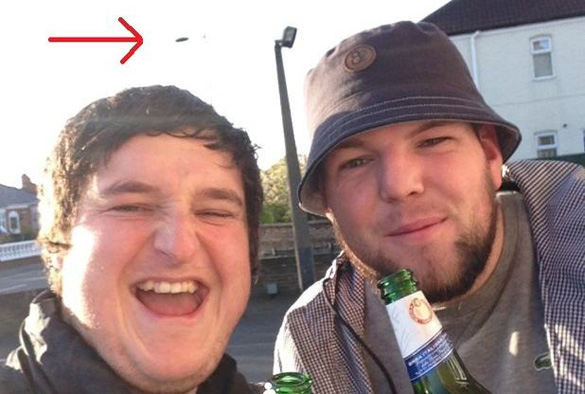 Harding told the Grimsby Telegraph, “I can’t say I believe in UFOs myself, but we took loads of photos that day and there was nothing on any of the others, so it’s not like it could have been a mark on the lens or anything. It’s all a bit strange!”

Heeney felt similarly. He says, “I’ve never believed in UFOs before, but now I’ve seen the picture I’m not so sure.”

He swears they did not Photoshop the picture. He says neither of them is very technology minded.

Often, photos in which the object is not seen while the image is being taken turn out to be mundane objects like birds or bugs. They are things we typically do not make note of. Images like this could be the result of a bug that is close to the camera, rather than a large object off in the distance. 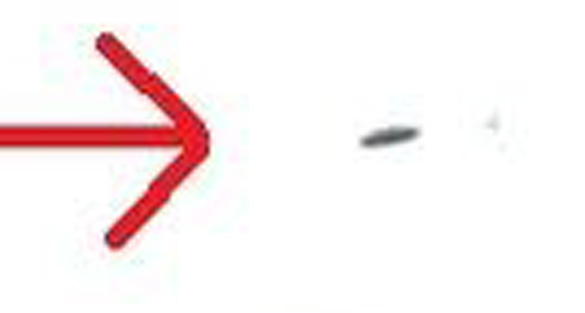 Heeney is quite certain that whatever it is they captured in the image, it is not normal. He says, “I’m not one of those people who says they’ve experienced close encounters, but there’s definitely something up there!”