Home / Featured / UFO photo over the Temple of Poseidon in Greece 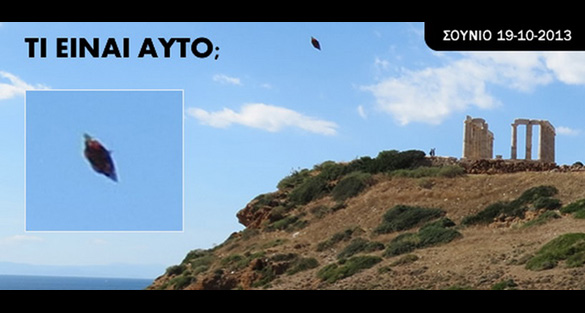 UFO photo over the Temple of Poseidon in Greece

UFO website XFiles.gr sent us a link to a recent UFO photograph they received taken over the Temple of Poseidon at Cape Sounion. It was given to them by a man who wished to remain anonymous this past Saturday.

The witness, who XFiles.gr refers to as Mr. X, says he and his wife spent about a half hour taking 40 to 50 pictures of the temple. They did not notice anything strange. However, once home Mr. X noticed something strange in one of the pictures. When he zoomed in on the object he could not identify what the strange object was.

The object could not be seen on any of the other pictures, even those taken seconds before and after. Often in instances in which an object was not noticed when the pictures was taken, but is seen in the image when the pictures are being reviewed later, the object is a bird or insect that looks strange due to motion blur. However, Mr.X believes the object is too large to be a bird or insect. There also is no apparent motion blur. 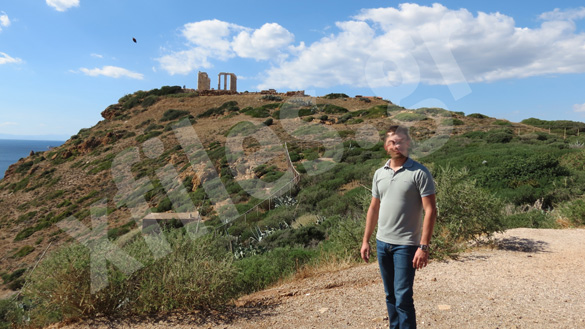 Full image of Mr. X with the Temple of Poseidon and UFO in the background. Photo was taken October 19, 2013. XFiles.gr blurred Mr. X’s face to preserve his anonymity. (Credit: XFiles.gr) 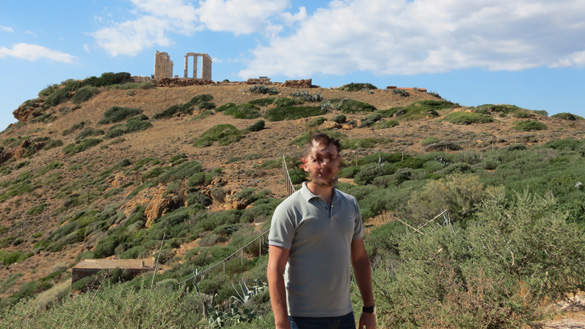 Photo taken seconds after the image with the UFO. (Credit: XFiles.gr)

Mr. X captured the image using a Canon PowerShot SX40 camera. The image was taken by Mr. X’s wife, with Mr. X in the foreground of the image. There was a helicopter in the area at the time, but Mr. X believes the photo to show a disk shaped object above the temple.

Mr. X sent the image to XFiles.gr in order to share his sighting and seek an answer to what the UFO in his image might really be. For more information and larger versions of the images visit XFiles.gr. 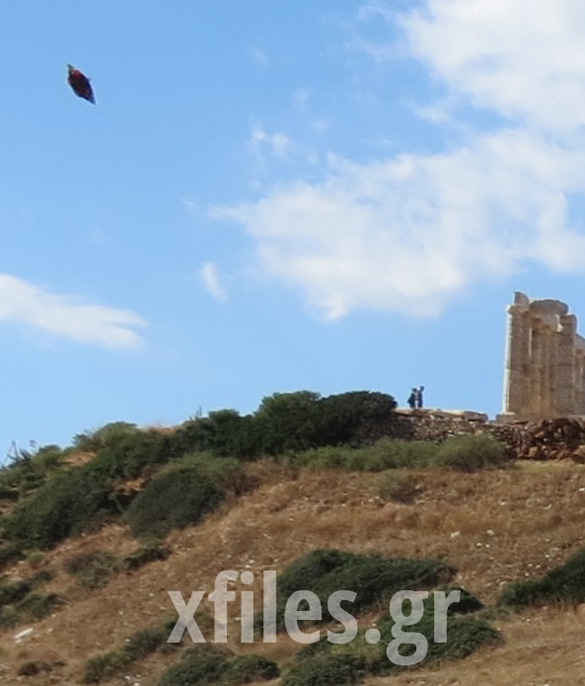 Close-up of UFO photo with the Temple of Poseidon. (Credit: XFiles.gr)