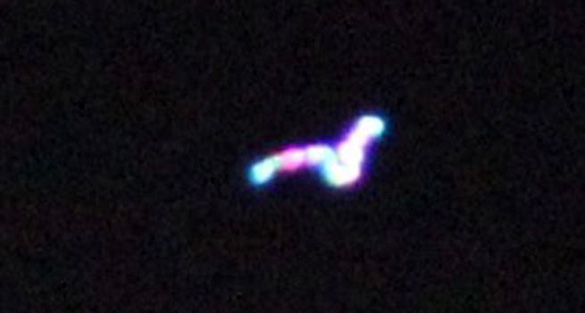 Several San Diego residents reported spotting mysterious lights on Tuesday night, and one witness was able to snap a picture.

According to NBC 7 San Diego, viewer Larry Fox sent them a picture of an odd light he spotted in the night sky. NBC 7 described the picture as “a string of multicolored lights.”

Fox reported that he was in his backyard when he saw the strange light to the southwest. He says he ruled out a drone or a plane because the light was stationary.

“It was a series of flashing lights,” he told NBC 7. “If it was a plane, it would have moved.”

NBC 7 reported that Fox described the lights as “red, blue and green,” and that the lights “kept flashing and changing colors.” 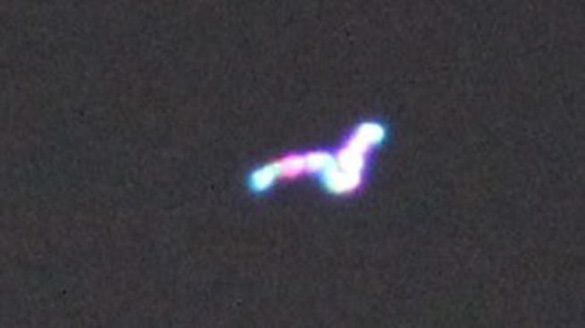 Apparently, Fox was not the only one to see the lights. NBC 7 says they heard from several other viewers who saw them, and even one of their own photographers says he saw the lights.

Although the image shows what appears to be multiple lights, or one long illuminated streak, it is very similar to pictures of a single point of light that looks like it is moving due to camera shake. At night cameras will keep the aperture open longer in order to capture more light. If the camera is moved during this time, the image will create a motion blur effect.

Often bright stars are photographed and mistaken as UFOs due to this effect.

As for the colors, stars will often look like they blink and change colors due to the atmosphere, and if the star is closer to the horizon, then there is more atmosphere to look through, and in a big city, there is also pollution.

In 2013, a resident of the town of Oshawa in Ontario, Canada took this UFO picture (below) of what he thought was a UFO. He says it was a bright point of light, but the object looks like a streak because of camera shake. 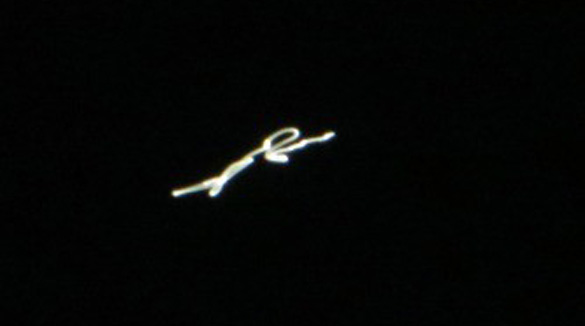 On June 18, 2013, Paul Shishis saw a white roundish object but due to camera shake, he was not able to capture it properly. (Paul Shishis/Examiner.com)

The biggest culprit when it comes to celestial objects being mistaken for UFOs is Venus. It may seem odd, but Venus is remarkably bright in the night sky, and it is easy to mistake it for something else. According to EarthSky.org, it is in the night sky this month, and very bright. Their site says this month Venus is the “brightest planet and third-brightest object in the sky after the sun and moon – climbs higher up at dusk, and stays out later after dark, than it did in March 2015.” 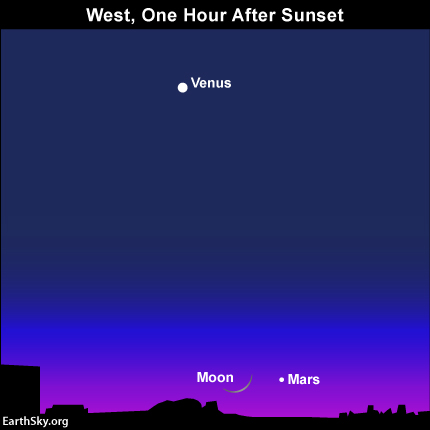 So was it Venus that was captured in this photograph in San Diego? It’s possible. But then again, perhaps there is another picture out there that can prove it is something much more mysterious.