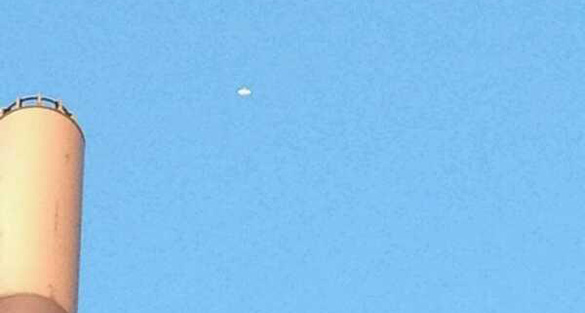 The Lancashire Telegraph newspaper says they have received additional UFO sighting reports after news coverage of a recent sighting in Barnoldswick, England. They also solicited tweeters to submit their sightings, and received this picture taken in July over the town of Blackburn.

The Barnoldswick UFO sighting included a photo that was posted on the Pendle Today newspaper’s website on December 19, 2013. 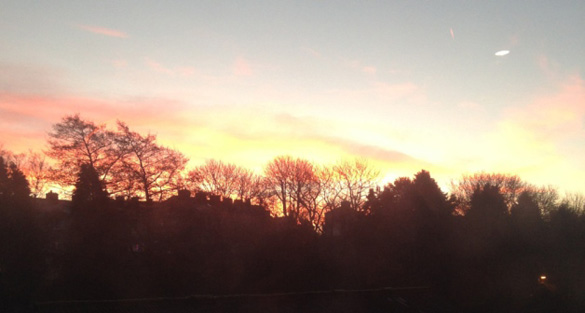 My family and I were getting out of our car and going into our house when I noticed something moving above me. I shouted to everyone ‘look at that’. It was a half spherical object that was bright lime green in colour with loads of red pulsating lights underneath it. Size in the sky was approximately the size of a golf ball when held at arm’s length. It took about 12 seconds to go from over head, to disappearing over Longridge Fell some 15 miles in a north-westerly direction. It made no noise and was travelling far faster that the commercial aircraft that fly over Accrington daily.

Earlier this week the Lancashire Telegraph tweeted a request for followers to tweet them back their UFO stories. One of the responses included a photo. Tweeter @Bloddys_world says he took the following photographs on July 11, 2013 in the town of Blackburn. 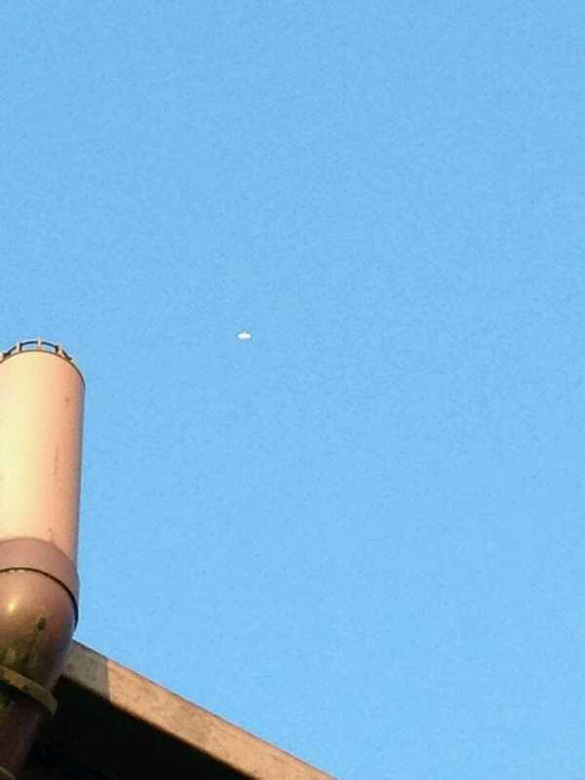 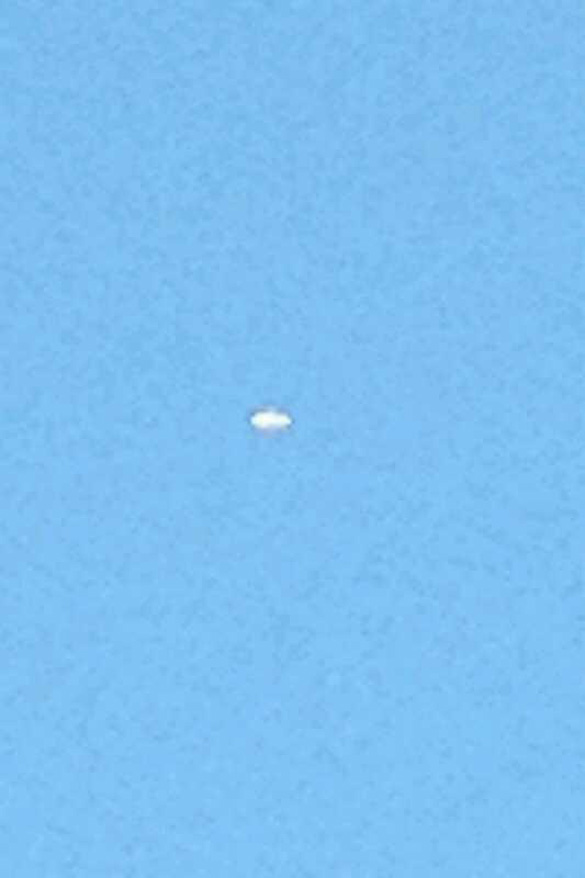 @Bloddys_world also described another UFO sighting in his neighborhood. He tweeted:

In the late 70s, lots of people in Bburn woken by a bright cigar-shaped light that floated across town following the railway line… it affected electricals like clocks & alarms. Our neighbour (old man) had been in RAF saw it. He said “wasn’t anything of ours” …3 different people on our street saw it (railway was few hundred yds away) & it was talk of the street. We slept through it 🙁

Another UFO story from the UK is making international headlines this week. A commercial airline pilot reports that while flying near Heathrow Airport in London, on July 19, 2013, he physically ducked when he saw a cigar shaped UFO zip past the windshield of his plane.