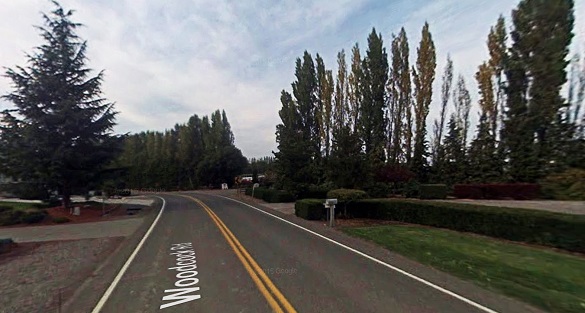 A Washington witness at Sequim reported a possible UFO incident from 1994 when a “large, green orb” paced the vehicle he was riding in, according to testimony in Case 81184 from the Mutual UFO Network (MUFON) witness reporting database.

The witness and two friends were leaving Sequim and were headed toward the Strait of Juan de Fuca on January 15, 1994, when the incident occurred. 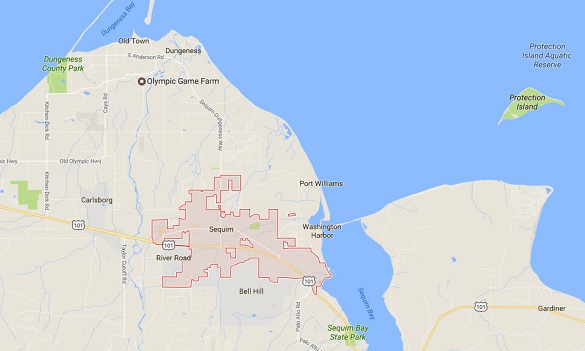 The witness was a passenger in a vehicle who first noticed the sphere. (Credit: Google)

“I was in the passenger seat of an early 80s white Ford pickup that had a canopy,” the witness stated.“We were driving alongside GraysmarshBerry Farms when I realized that I was gazing out the window at a green ball of light. It was pacing us perfectly, and was about 30 -40 feet from us at about 25-30 feet off the ground. It was about 4 feet in diameter in my opinion. I am a carpenter by trade.”

The witness said it was like staring at a green moon, and gave out its own light, but was not hard to look at.

“At some point I turned around and started looking around the vehicle for a green light that might be reflecting off the inside of the window. As if prompted by me looking away, the object moved out in front of us into the other witnesses’ view. They apparently couldn’t see it at the height it was at outside my window.” 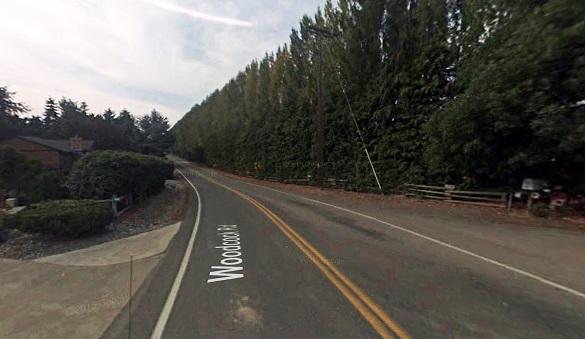 The other passengers reacted.

“My buddy who was driving yelled, ‘What the Hell is that?’ As I turned around to look, the object had advanced out in front of the truck, but still over the farm property. The large orb was on the other side of some wind break trees that bordered the road, but our view was unobstructed due to no leaves on the trees.”

The driver sped up to catch up with the object, but as he increased his speed, the object did as well.

“We were rapidly approaching the end of the road, where it turned at a 90 and paralleled the Strait. In the next moment, the object took off at a speed – so great it left a line in the sky that was still visible even after we had screeched to a stop at the water. We got out of the truck and just stared as the line slowly disappeared.”

The incident changed how the witness thought.

“We never talked about it after that night. It’s funny now, because when I hear people talk about there being life ‘out there,’ I now have no doubts. One thing I left out is at some point I had rolled down the window to see better once the object had moved out in front of us, and I remember hearing nothing but the truck. Whatever the object was doing, it had to have an ‘intelligence’ behind it. To pace us so perfectly for so long, I will never forget it. I have never written about this experience until now, but remember it as if it were yesterday.” 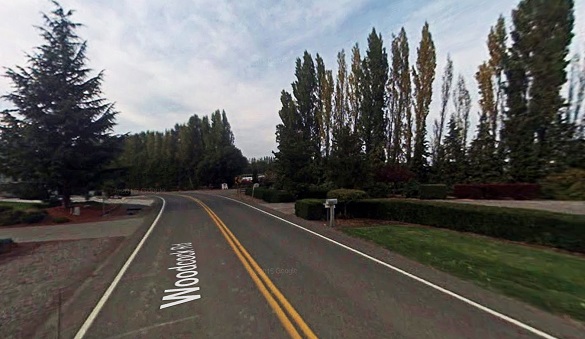 Sequim is a city in Clallam County, Washington, population 6,606. Washington MUFON Assistant State Director Aleta DeBee investigated this case and closed it as Information Only. Please remember that most UFO sightings can be explained as something natural or man-made. The above quotes were edited for clarity. Please report UFO activity to MUFON.com.

We recently covered a California witness at Rancho Santa Margarita who recalled a UFO encounter from 1999 when a ball of light about the size of a beach ball appeared in front of his vehicle, according to testimony in Case 82195.