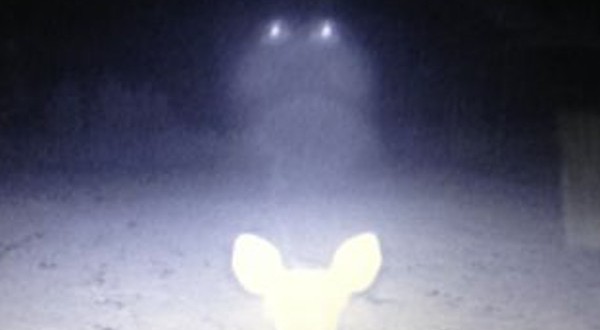 Photos showing unidentified lights captured by a couple’s trail camera in Jackson County, Mississippi made considerable headlines on Friday, April 4, and continue to make headlines. Since then, a couple possible explanations have been offered. 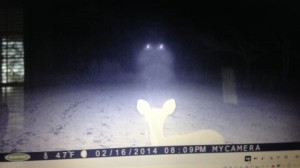 The most mysterious photo shows a deer in the foreground, with two apparently aerial lights in the background. The owners of the camera originally pointed out that the lights look like a car’s headlights, but there is reportedly no road in the direction of the lights. The lights also appear to be well off the ground. 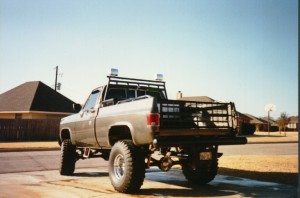 A truck with two spotlights.

Some have suggested that the lights are, indeed, from a vehicle. OpenMinds.tv commenter Mac states, “Sorry but the ‘UFO’ is just a tall pick-up truck with spot lights on the roll bar. A very common thing in the rural South . . . Some guys were out that night looking to poach some deer. If there had been a buck in that herd of does there wouldn’t have been any mystery whatsoever. Spotlighting deer is illegal so nobody is going to come forward. Show that photo to a game warden and he’ll know exactly what it is.”

But as the Daily Star adds, “There were apparently no [tire] marks in the field and there is no road nearby.”

Another theory that has been offered by some is more likely the explanation for the mysterious lights. OpenMinds.tv commenter Stephane explains:

I work in animation and special effects, and I’m a big photo geek. I’ve watched carefully the photos of these supposed UFO lights. It seems to me that these lights are actually the reflections of the deer’s eyes in the lens of the camera. You can see this aberration in many photos and films where the bright lights produce and mirrored ghost picture in the lens. The weird shape appearing is easily recognizable as what some water on the lens can produce. And finally, the light projected on the deer and the ground, to me is just the flash of the other infrared camera. If you compare this photo with the other one with the deer facing the camera, you’ll notice that he’s in the same position.
As much as I believe in UFOs, I think this case is only a misinterpretation of lens flares and reflections.

Here is a video explaining this theory:

As the video shows, the deer in the photo’s foreground is most likely to blame for the “UFOs.” Do you agree with this theory? Share your thoughts with us on the Open Minds Facebook page, or by posting a comment below.