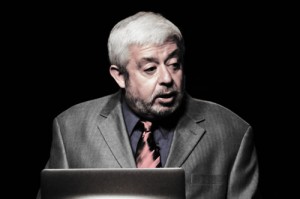 Motherboard is a product of American magazine VICE, and its website explains it is “dedicated to the intersection of technology, science and humans.” This recent video is published in a post on Motherboard‘s site and is titled “Jaime Maussan Is the Mexican Rupert Murdoch of UFOs.” Produced by VICE, the video features a tour of Jaime Maussan’s house and television studio.

Motherboard explains, “VICE Mexico met Jaime at his house in the forest right outside Mexico City, where he gave us a tour of the tunnels of his underground abode. He also showed off his monkeys and shared some of his most exhilarating adventures and his vision of life outside our strange planet.”

Watch the thirteen minute and twenty second video above, or over at Motherboard.

Open Minds also toured Maussan’s house in 2012. The video posted by Motherboard shows some of the house, but you can see more in the video below: