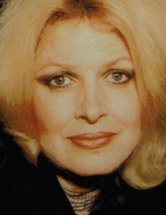 Bartholic followed in her family’s footsteps and began her career as a fashion model at age 17. After marrying, she transitioned into the art scene, and she and her husband ran two art galleries in downtown Tulsa, Oklahoma. Her interest in UFOs took priority in the 1970s, and she began investigating the phenomenon.

Bartholic worked closely with French astronomer and UFO researcher Jacques Vallee for many years, and considered him a good friend. Bartholic was a consultant on the movie Close Encounters of the Third Kind, ” while Vallee inspired the Close Encounters character of Claude Lacombe.

Her research in the field of UFOs led to several speaking engagements on the subject. She also wrote about UFOs, including a book detailing some of her experiences entitled Barbara: The Story of a UFO Investigator.

Bartholic had been working on a documentary film about extraterrestrial life before she passed away at the age of 71.