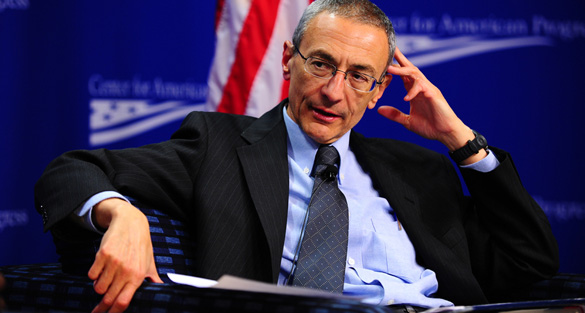 Johh Podesta was Bill Clinton’s chief of staff and aided in Obama’s transition into the White House in 2008. He is also known to be a sci-fi enthusiast, and has been involved with efforts to get the government to disclose all it knows about the UFO phenomenon.  His UFO interests have made headlines this week after a story on the subject was posted by Huffington Post reporter Lee Speigel.

Freedom of information was a major concern for the Clinton administration. In fact, Podesta was in charge of a project to declassify millions of government documents. Did Podesta not find the UFO documents he was looking for in those stacks of declassified files? We do know that Podesta was not alone in the Clinton White House when it came to searching for the truth behind the UFO mystery. Read more here.