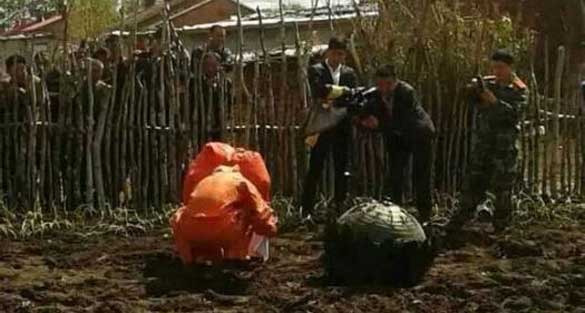 Resident in the Heilongjiang province in China reported seeing three UFOs darting across the sky and apparently one of them came crashing down into in a man’s vegetable garden.

According to Chinanews.com, villagers in Mengchang saw three objects falling from the sky this morning. Soon after they heard a “huge piercing sound,” and a huge ball of flame came crashing down into the vegetable garden of one of the villagers.

What they found in the garden looks straight out of a science-fiction movie. It appears to be a large metal ball covered by a layer of jagged material. According to China Radio International,  China Central Television news is reporting the object to be about 2 and a half feet wide and weighing nearly 90 pounds. 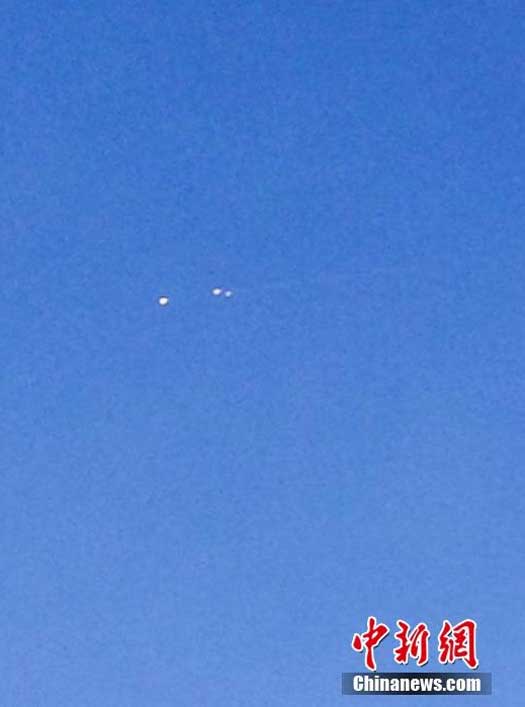 UFOs streaking through the sky in Heilongjiang, China. (Credit: Chinanews.com)

The area has been secured and an investigation is underway. Villagers have taken pictures of the object, which remains unidentified. 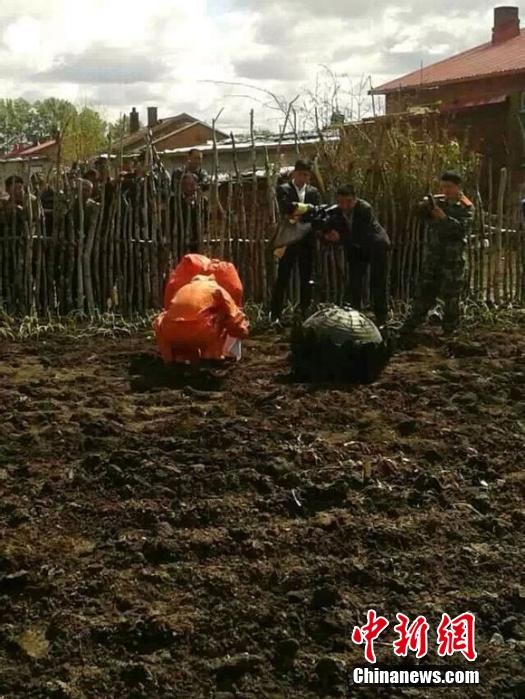 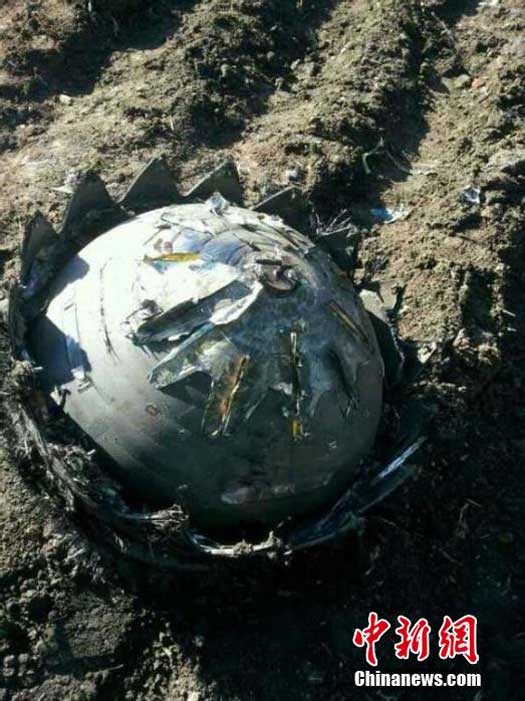 Closer image of the strange object that crashed into a man’s vegetable garden in Heilongjiang, China. (Credit: Chinanews.com)

Chinanews.com has suggested that the object could be related to the failure of a Russian rocket at about the same time. The rocket launch was at 3:42 am local time in Kazakhstan, which is 5:42 am in Beijing. The rocket failed 540 seconds into the flight at an altitude of nearly 100 miles.

The Proton-M rocket was carrying an advanced satellite. However, the head of the Russian national space agency, Roscosmos, told Russia Today the rocket and cargo burned up in the atmosphere and should not have caused any damage on the ground.

The Heilongjiang province is a long distance from Kazakhstan, but the timing is coincidental. 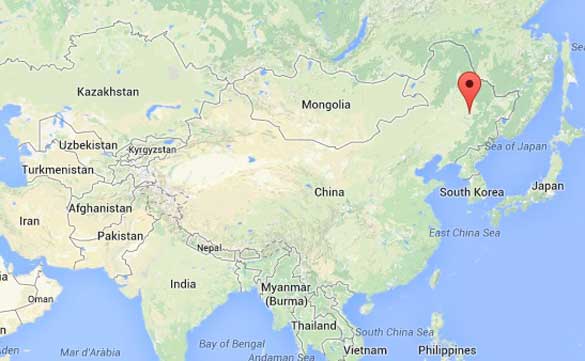 The internet being what it is, of course the rocket’s demise is being linked to UFOs. In the video below a faint point of light can be seen crossing the screen at about 45 seconds into the video. It goes from right to left. Some people have suggested that it is a UFO. It also looks like it could be a star.

Earlier this week UFOs were blamed for the Chinese moon rover malfunctioning. Could this amount to a full scale alien invasion of the far east? Or could it be a case of over active imaginations?

Just in case it is aliens, Mashable has posted a story today about military plans on dealing with unlikely events including attacks by aliens or zombies. In it they reference a book by scientists and space consultants titled An Introduction to Planetary Defense: A Study of Modern Warfare Applied to Extra-Terrestrial Invasion. It might be time for all of us to order a copy. I just placed my order today.

I just hope they don’t invade too soon. I opted for the cheaper shipping, and it will take a week or so to get here.

Discovery News thinks they have discovered what crashed in China last week, and it is not the first time this culprit has been mistaken for an alien object. Discovery writes:

According an AFP report, space debris was found near Qiqihar city in the northeastern province of Heilongjiang, located on Russia’s far east border. Investigators associated with the China National Space Administration recovered “parts from a carrier rocket or a satellite” that “appeared to have fallen from the sky on Friday,” said the Chinese Xinhua news agency.

Photographs have been released of a damaged spherical object, which resembles a Composite Overwrap Pressure Vessel (COPV). COPVs are commonly used by spacecraft to store pressurized liquid fuel and are often constructed of steel or titanium and wrapped in Kevlar — the same material used for bulletproof vests. These objects are therefore very tough can can often survive the extreme heating of reentry.

These falling space orbs have, in the past, caused some excitement as to their extraterrestrial origin, but after expert analysis they are quickly identified as space junk.