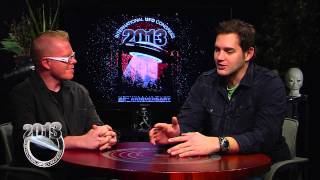 The International UFO Congress is the largest annual conference on UFOs, the search for extraterrestrial life, and related phenomena. The event runs from February 26 – March 3rd, 2013 in Arizona.

After February 4, 2013, the early bird registration reduced rates will end. Prices will go up for all package rates starting on February 5th. In order to get the reduced rates, payment must be received by February 4th at 11:59 P.M.

The International UFO Congress Convention and Film Festival will be an event to remember as we bring some of the best minds in ufology together for the third year at the Fort McDowell Resort in beautiful Fountain Hills, Arizona.

This year the event will be hosted by Lee Speigel from the Huffington Post and will feature over 20 speakers, vendors, night vision equipment testing, the EBE Film Festival, a Night Vision Skywatch led by Ben Hansen from SyFy’s Fact or Faked, a Cocktail party featuring British Invasion band The Rave, and the 2013 EBE and Awards Banquet dinner.

Register now to take advantage of the reduced rates while they last! Al A Carte rates will remain the same price at the door. The vendor room, film festival and skywatch event are free and open to anyone who would like to stop by!

To register for the conference, please click here: Registration or call 480-302-2118 to have Angela process your registration.