Home / Articles / UFO case files revealed pt VIII
One of the strangest cases in the history of UFO sightings occurred in 1874 at Oaxaca, Mexico... 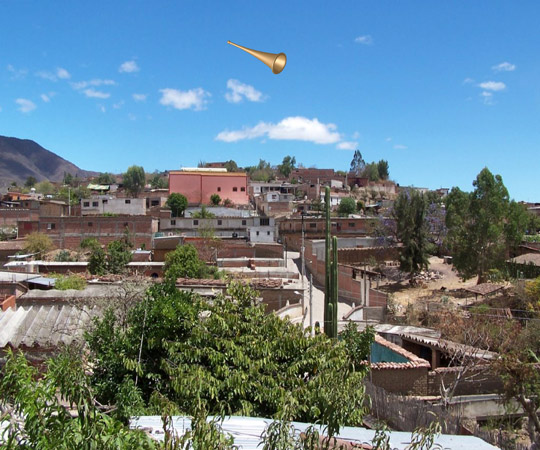 One of the strangest cases in the history of UFO sightings occurred in 1874 at Oaxaca, Mexico where a giant “Trumpet’ shaped craft hovered in the sky, and swung gently for six minutes. Multiple eyewitnesses were reported to have seen the strange object. Of special note is the fact that the town of Oaxaca, Mexico has had UFO sightings of “rods” and daylight orbs as recently as October 17, 2010. 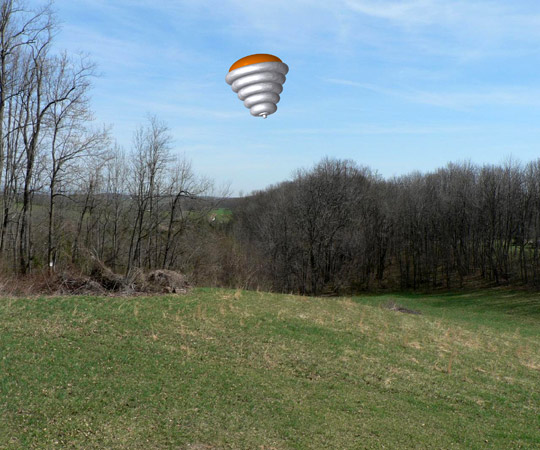 On December 21, 1964 while driving near Staunton, VA, Horace Burns noticed that his car radio began emitting a high-pitched whine. Immediately thereafter, he was astonished to see an  inverted “flying beehive” cross the road, and land in a nearby field for about one minute before it rose up and shot away. The craft was silver in color with a bright orange-yellow colored dome on top. Below the dome, there were approximately six horizontal bands which decreased in diameter. The bottom of the craft had a small revolving disc with a tube-like structure which extended a short distance. 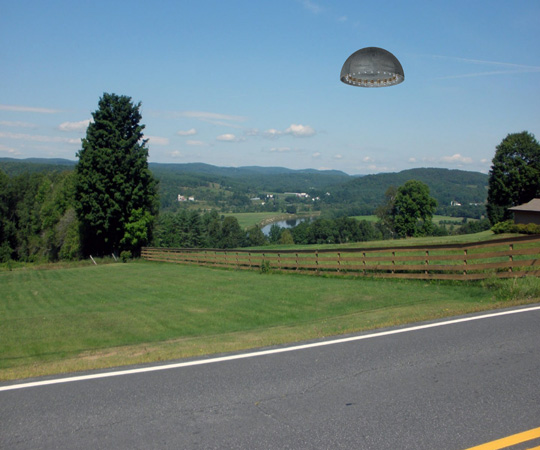 On November 20, 1956 Elsie Krajewski of Danielson, Connecticut saw a series of lights moving near the horizon to the north. Soon after, the lights started approaching closer and she initially thought they might be from a nearby aircraft. Then, Elise noticed a structured craft that was in the form of a half sphere with yellow light emanating from inside. There were a series of multi-colored lights near the bottom which were rotating at a slow rate of speed. Then the object moved downward as if it was going to land, but stopped just short of the ground. Next the craft rose up and barely cleared the roof of her house. Ms. Krajewski described the craft as being approximately twenty-five feet across, and 10 feet high and slightly translucent. There were absolutely no doors, windows or seams of any kind. She also noticed that the craft emitted no noise whatsoever. At this point she observed the “sockets” which were gold in color, and looked like three stacked doughnuts separated by two black bands.

There was a colored bulb in the bottom of each socket. On each of the three gold “doughnuts”, there was a design which looked like Arabic writing which consisted of curved lines, dots and dashes. Ms. Krajewski commented that the designs resembled the exterior borders of Oriental or Persian rugs. They also resembled designs seen on Mayan, Aztec or Inca pottery and blankets. The inscriptions on all the gold rings were identical. There were a total of twenty-four sockets, each containing a different colored bulb (red, green, blue, orange, yellow and white). The pattern of the sockets repeated, and all were connected to a sub-floor which was indented two feet up inside the rim of the craft. Next, the craft dropped to an altitude of about eight feet, and continued down a nearby road until it was no longer in view. 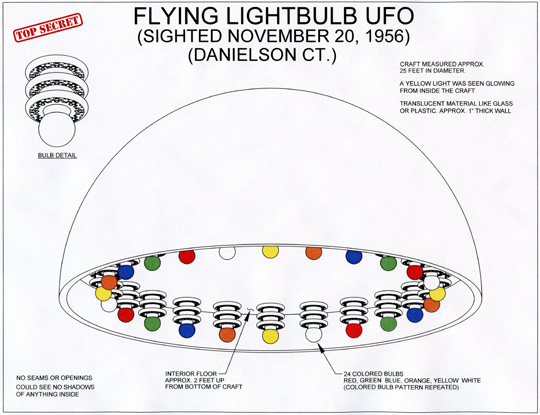