Several witnesses apparently saw the same UFO in North Wales last night. As is often the case these days, many of the witnesses turned to social media for answers and to share their experiences. One man posted a video on YouTube, others posted in Facebook, and another tweeted a local news outlet.

The first set of sightings took place in Wrexham in North Wales. David Price posted a video of this UFO, In the description he says he captured the video on his iPod and transferred it to his tablet to post it on YouTube.

Price told Wrexham.com, “I was looking towards Bradley from First Avenue in Gwersyllt at about 10:20pm. The lights were quite far apart but connected, no sound, slowly flew towards town… They were flashing in sync but not together, no other colours, just red.”

Wrexham.com said they heard from other witnesses as well. One said, “Quite clearly could see it, there was no noise and it was bang in the middle of town on a quiet night.”

Another witness said, “There were red lights flashing in the sky, they were quite far apart but travelling really slow.”

Deeside.com replied, “@Mikey_Rowe didn’t see anything significant on @flightradar24 – traffic in to LPL appears to be coming in low over Q/Ferry tonight though..” 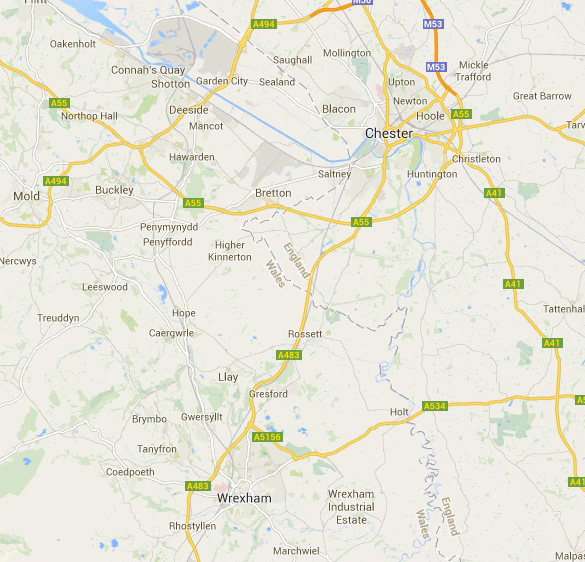 More and more UFO sightings are playing out over social media. Recently, UFO sightings in Toronto caused excitement on the web as witnesses tweeted about their sightings.

Perhaps this up to the second type of information exchange will eventually be able to help provide more information about the mysterious objects being witnessed. In the case of North Wales last night, no one has yet offered a possible explanation, prosaic or otherwise.

Wrexham.com believes they may have solved the mystery. This morning they posted the follow:

UPDATE – MYSTERY LIKELY SOLVED: This mystery is now likely solved via help from Thomas Williams (@TomW18) who spotted some debate about if the UFO’s were Chinook helicopters.

Thomas got in touch and told us they were 2 Lynx HMA.8 of the Royal Navy, call sign Rascal. It is likely they were on night flying exercises. Thomas tells us ‘Pilots have to train to fly at night to maintain readiness’.

The Lynx were flying out of RAF Valley, which also ties with the following picture spotted by Deeside.com of Lynx at RAF Valley in the same time period, possibly of the very aircraft seen!