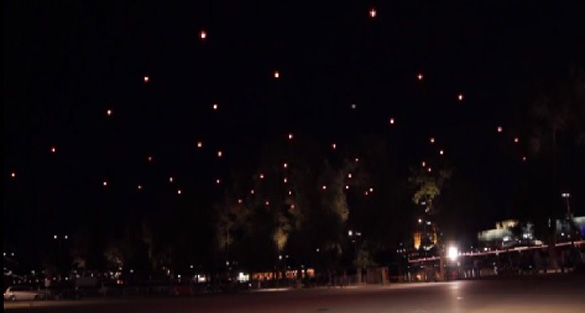 UFO author Nigel Watson, who found the plans, says the stunt is being called The Big UFO Project. He says it was originally planned for April 1, but the date was changed “so that it will not seem like an obvious prank.” 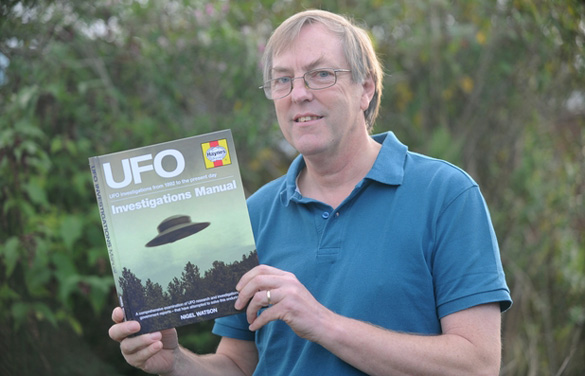 He told Yahoo! News, “Anyone who has a multirotor drone or anything that can carry a strip of LED lights and hover is invited to join in this event.”

They plan on launching the drones at 8 pm local time, and Watson says they have gotten commitments from participants in the USA, UK, France, South Africa and the Netherlands.

Watson says the ultimate goal is to “cause a wave of UFO sightings around the world and an apocalypse-like idea in the media.”

It is surprising how easy it is to fool people into thinking they have seen a UFO, especially if it is a light in the sky. Satellite re-entries and meteors can be very striking and cause people to think they’ve seen a fast moving UFO streak across the sky.

For example, on the night of 30 March and early morning of 31 March 1993 numerous sightings were made throughout Britain of what was variously described as fast moving lights to a large craft resembling two Concordes flying side by side. Skeptics claim this was a combination of a Russian rocket booster re-entering the atmosphere and other mundane phenomena, but ufologists assert it was genuine UFO activity.

Watson says that videos of the drones may go viral, just like a UFO hoax perpetrated by a Canadian space center in September, 2013. Watsons says in the Canadian case, even when the hoax was revealed many still believed the event was extraterrestrial and that claims of it being a hoax were disinformation.

Watson believes the hoax may also act as a catalyst for other UFO sightings. He says, “This is a relatively simple and unsophisticated operation, but it could have a big media impact. When such incidents occur, people tend to look for UFOs in the sky and so it could trigger further sightings.”

Be on the lookout for drone “UFOs” this April. Although, now that the plans have been revealed, perhaps they will trick us all by changing the date; all the more reason to be ever vigilant when it comes to spotting drone hoaxes.