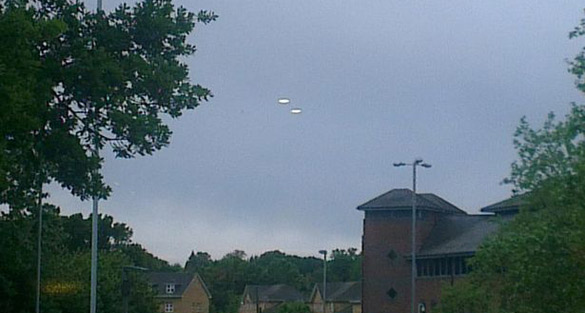 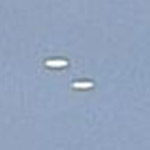 Last Friday night, a patron of the Running Horse Pub in Bracknell photographed two mysterious lights from the pub’s terrace. He says, “They were heading south-west at speed towards Basingstoke – quicker than any normal aircraft.”

The Reading Post reports that Steve Lambert, a 42 year old man from Basingstoke, says the objects were moving so fast he only saw them for a few seconds. This isn’t the first weird thing Lambert has seen, he says, so he was ready to get the picture. Lambert said, “I have seen a lot of funny things in the sky and I have always practiced trying to take a photo quickly on my mobile phone.”

He posted his UFO picture on Facebook, and he hopes that anyone else who saw it will let him know. He says, “If someone else saw a funny light or pair of lights then we know there is something out there. I really want to know what is going on out there – there probably is life out there.”

Bracknell is in Berkshire County, just west of London. Last week we posted the story of another UFO photograph taken in Bromley, a London suburb. 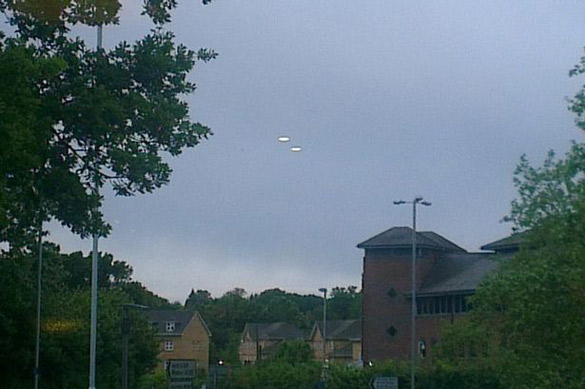