An Australian television production crew unknowingly filmed a pair of UFOs over the New Zealand town of Queenstown. 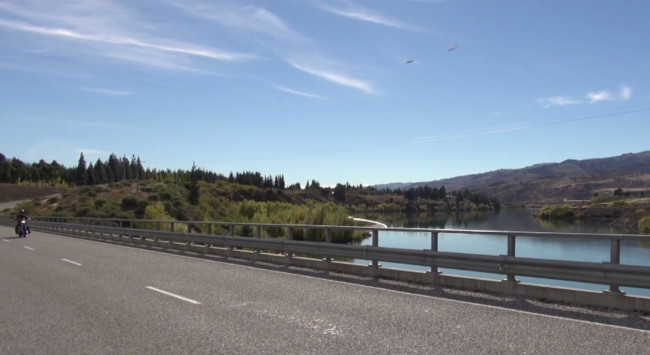 UFOs filmed by the production crew. (Credit: Colour In Your Life)

The crew was in New Zealand filming for the seventh season of their series titled Colour In Your Life. On April 3, 2014, Producer/Presenter Graeme Stevenson and Director Sophia Stacey were filming the opening sequence for the show. It was during this filming that two mysterious aerial objects were recorded. But these UFOs were not noticed until the edited footage was being reviewed. On Monday, May 12, Colour In Your Life issued a press release explaining the discovery:

In the past week, when editing of the episode was complete Graeme noticed something strange in a wide shot – two objects travelling from left to right of the screen at great speed. When the images were slowed to a frame by frame sequence you could see the shapes emerge from the trees and move across the sky, eventually disappearing.

Birds are a possible explanation for the UFOs as these objects seemingly emerge from the trees and move quickly through the sky. But in response to this possibility, Colour In Your Life posted to their Facebook page, “From the trees to where I was on the bike is about a half a kilometer. If you look at the speed in real time, that means that if it were birds they would have accelerated to about 4,000 kilometers an hour in one second.” Some have also suggested the possibility of military aircraft. But the crew again points to the incredible speed of the objects and the lack of nearby air bases to rule out traditional aircraft. 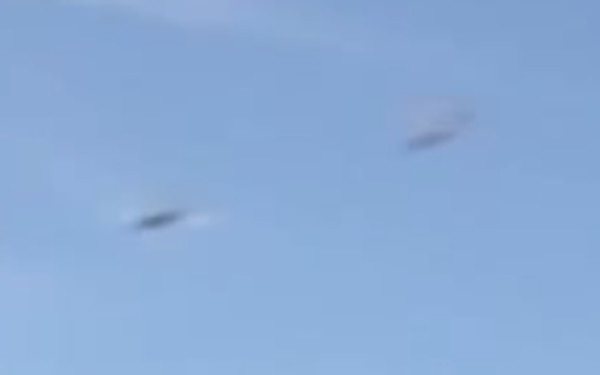 UFOs over New Zealand, cropped and zoomed. (Credit: Colour In Your Life)

The Queensland, Australia newspaper Daily Mercury reports that, after seeing the UFOs in the footage, Stevenson Googled “UFO sightings” and found that a Holland UFO video shot that same week shows a similar object. That UFO is at the 3:25 mark in the following video:

It seems peculiar for a production company of a TV show to issue a press release, or “Media ALERT,” as they’ve titled it, about UFOs in recorded footage. Although it may seem like a marketing ploy for the show, it is possible that the production company is genuinely interested in identifying the mysterious aerial objects they captured on film.

What do you think these two fast-moving objects are? Share your thoughts by leaving a comment below, or by posting on the Open Minds Facebook page.