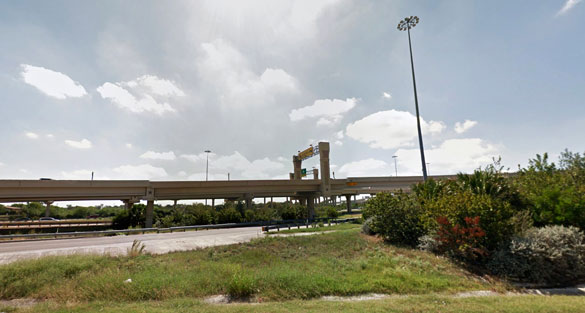 A Texas witness at San Antonio reported watching a slow moving, tubular-shaped object under 200 feet off of the ground about 9:35 p.m. on June 7, 2015, according to testimony in Case 66253 from the Mutual UFO Network (MUFON) witness reporting database.

The witness described the object as being 10 times as long as it was wide, between 100 and 200 feet off of the ground, and moving along roughly between “30 to 40 mph due west 50 feet south of the eastbound 1604 feeder road.” 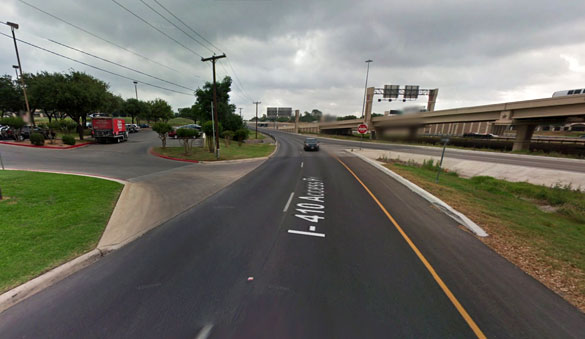 The San Antonio witness said the UFO was under 200 feet off of the ground and silently moving between 30 and 40 mph. Pictured: One of the sighting areas was near a Marriot along I-10. (Credit: Google Maps)

“The spacecraft had three solid colored lights of different colors at what appeared to be front, center, and rear,” the witness stated. “The craft was so low it scared me, and being an aviation expert, my immediate gut feeling was that there were actual aliens looming right over my convertible in the opposite direction.”

The witness was driving about 30 mph at the time while watching the object.

“In addition to low vehicle noise, there almost seemed to be a momentary reduction or even absence of noise. Stunned, I turn into a parking lot neighboring Paisano’s, however the foliage renders the craft unavailable for a photo shoot.” 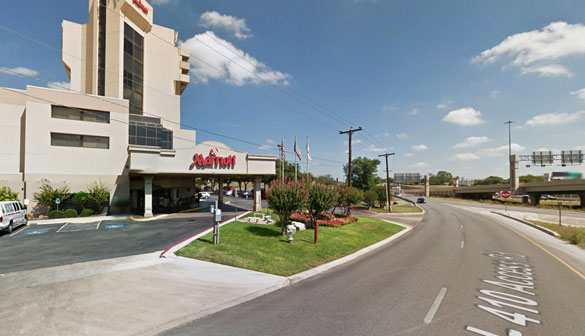 The object had reached about 300 feet in altitude near the Marriot along I-10. Pictured: Marriot Hotel along I-10 in San Antonio, TX. (Credit: Google Maps)

After being parked for 10 minutes, the witness returned to his vehicle and began moving again, making a “U-turn at Bitters to head west in the direction of the slow, low moving craft.”

The witness used the I-10 north ramp.

“Immediately to my right is what appears to be the same craft with a complex disk array of lights forming a sort of saucer shape banking unnaturally between Top Golf and Marriot at an altitude of 300 feet AGL.”

The Witness was driving 30 mph on the highway and attempting to point out the object to other drivers.

“Upon the second visual interception, the craft accelerated rather quickly out of the area, evading sight possibly on intent. With two strange sightings before, I am now convinced and awestruck that at least one countable alien life form is camping out on this planet. The object appears extremely similar to the May 31st, 2015 weather bug picture, so I will be the first to validate this elongated tube craft up close and personal. For hours after the sightings, everything felt unimpressive to the technological sophistication of whatever propulsion system passing slowly above my head was on 1604.” 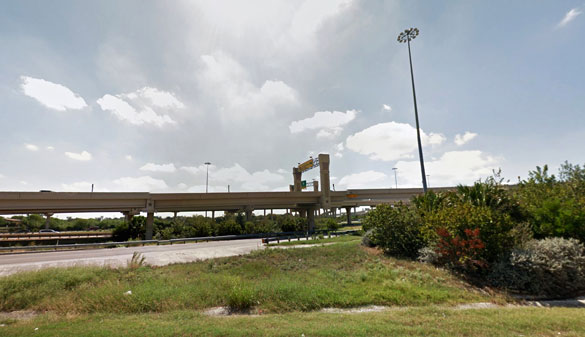 The UFO eventually accelerated quickly out of the area. Pictured: The Marriot Hotel area along I-10 in San Antonio, TX. (Credit: Google Maps)

We previously reported another Texas witness at San Antonio watched a “massive” cigar-shaped UFO crossing the sky that moved into a dark cloud and disappeared about 2:40 p.m. on June 1, 2015, according to testimony in Case 66096.