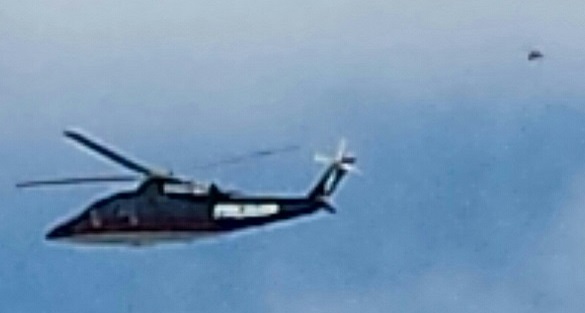 Trump UFO was bird or bug

Two months after Donald J. Trump announced he was running for President, Mutual UFO Network (MUFON) Case 69530 was filed after a witness at the Iowa State Fair snapped a photo of the candidate’s helicopter with something suspicious apparently following along. 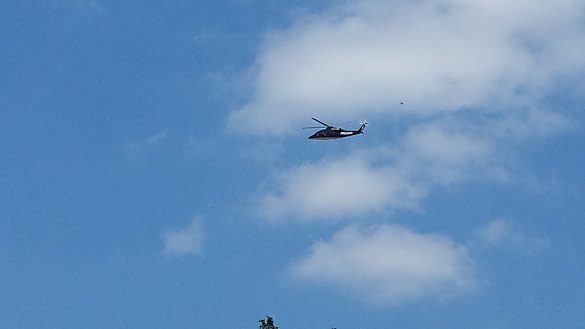 Trump was using the helicopter about 1 p.m. on August 15, 2015, to give kids a ride at the fair. The witness was standing nearby and began taking photographs of the helicopter.

“We were walking down the street to the fair,” the witness stated.“Donald Trump’s helicopter was flying overhead so I got my phone out and snapped a picture. It was very hard to see the helicopter because of the glare on the screen. Later on that day when I was sitting in the shade, I got my phone out to see how my picture had come out. That’s when I noticed the object in the photo.”

Iowa MUFON State Director Gregory Andersen investigated and closed the case as an IFO – an Identified Flying Object. Andersen believes the object near the helicopter was either a bird or a bug. 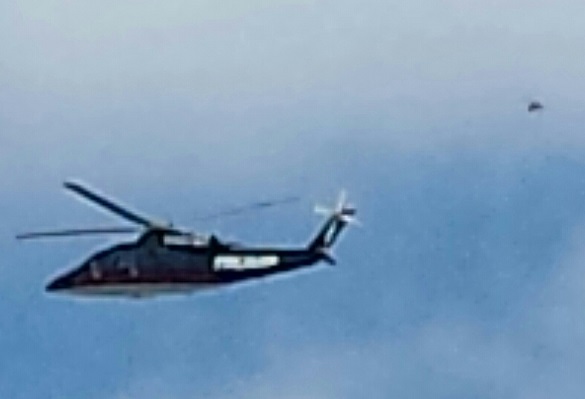 “The temperature was 73 degrees and wind was out of the south at 10 mph,” Andersen wrote in his report.“It was mostly clear with a few clouds.I looked at Google for other footage of the Trump helicopter at the state fair and there was none when it was in the air. I compared the two images and the same object is in the sky and at different locations. As the helicopter was not in both, the object was not following the helicopter and was moving slower than the helicopter. The comparison of the object when enlarged shows a similar shape that changed a little. The shape seems to rule out a balloon as it was not symmetrical.” 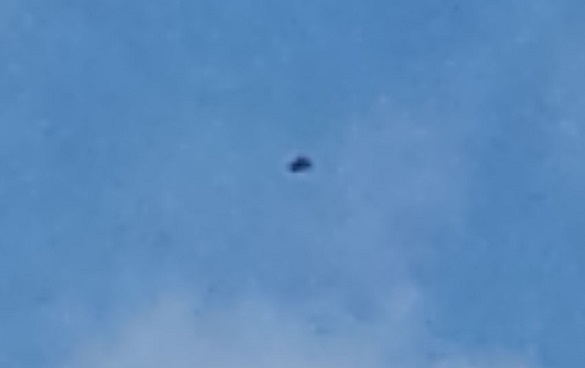 Andersen believes there is a natural explanation to the image.

“My analysis of the photos is it appears to be either a bug or a bird. The witness was very willing to find out what he saw and supplied me with the two original photos and these have been uploaded to CMS. He also supplied me with a photo that he put together to show the whole scene and this indicates his eagerness to resolve this case.I am classifying this as ‘IFO – Natural Phenomena.’ It is either a bug or a bird that was closer to the witness and out of focus. Although blurry, you can see that the shape changes between shots and that indicates wing movement.”

While Democratic Presidential Candidate Hillary Clinton generated strong media discussion during the campaign after stating that, if elected, she would get to the bottom of the UFO issue – the MUFON Trump case also generated social media discussion about aliens following the candidate. 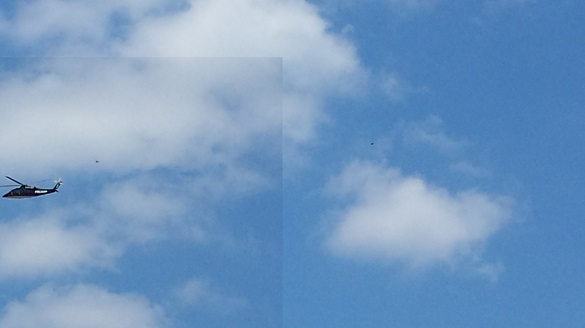 MUFON handled multiple national interviews about Clinton and UFOs during the campaign. Among the many interviews, Esquire’s Spy magazine quoted MUFON’s Director of Communications Roger Marsh. “The carrot has been dangled too many times in the past. Other presidential candidates, other people running for office, have said they will get to the bottom of the UFO issue. Then the candidate takes office and nothing happens.”

MUFON’s Headquarters is hopeful though for the future. Executive Director Jan C. Harzan said a change at the White House is always positive. “Trump ran a campaign that his presidency would not be business as usual. So once again, we will be watching to see what he might reveal about UFOs and aliens.”