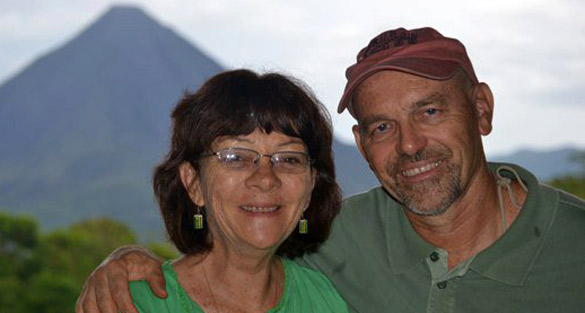 The MacGregors have been professional writers for 25 years. They have mined numerous synchronicities and have fruitfully used the knowledge derived from them. One synchronicity after another led to their many non-fiction books on dreams, psychic development, astrology, yoga, the tarot, divination, and animal symbolism.

They are also novelists. Rob wrote Indiana Jones and the Last Crusade and six other original Indiana Jones novels, which have sold millions of copies. He won the coveted Edgar Award for Prophecy Rock, a YA mystery, and its sequel, Hawk Moon, was an Edgar finalist. Trish, writing as T.J. MacGregor, won the Edgar in 2003 for best original paperback, for Out of Sight. Her 33 novels books have been translated into 14 languages.

We will be talking about their latest non-fiction book, Aliens in the Backyard: UFO Encounters, Abduction & Synchronicity. In it they focus on 4 abduction encounters, and the synchronicities the witnesses have begun to experience.

For more on the MacGregors and their books, visit their website at: www.synchrosecrets.com