An anomalous image from Google Earth’s maps of the moon is catching some media attention this week. Some say it is nothing but over pixelized digital static, but others argue that you can’t find similar pixelization elsewhere in the moon images, and suggest it might even be an extraterrestrial spacecraft.

The discovery of the strange anomaly was posted to the YouTube account Wowforreeel on January 15, 2014. The description reads:

What IS that??? No idea how to title this one really so went with first thing that comes to mind. After going there on Google Moon and staring at this thing for quite a long time I can say yes, it is really there, not faked and I have no clue what it is. I found nothing else like it in any of the other craters. Not much to be said other than .. it’s there, take a look and tell us what you think it is.

Checking those coordinates on Google Moon, I found this. 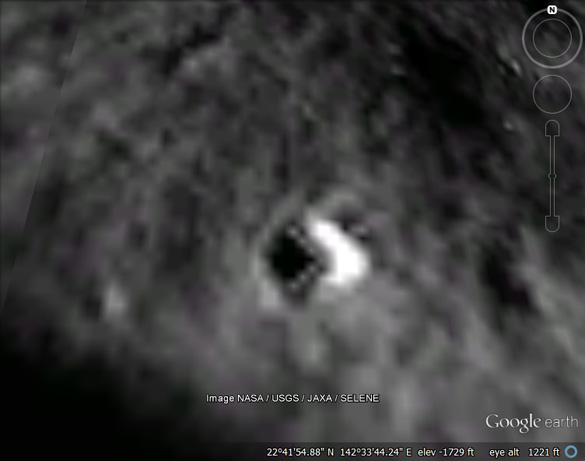 Tech and Gadget News contributor Reid Moore pointed out that the triangular shape in the image is “too symmetrical to be a random, topographical structure caused by even the minimal erosion typical of the lunar landscape.” He continues, “No other feature has ever been discovered which matches this shape on the Moon.”

Moore speculates, “The anomaly is so huge, it’s possible it is some sort of moon base used as a facility for storing and launching alien “UFO” spacecraft.” He also speculates that the object could be a secret base built by humans.

Basically it’s similar to the thing you get in all those ‘UFO videos’ you see these days from people with digital cameras – when they use digital zoom too much, you get ‘artifacts’ as the missing data is recreated using an algorithm which create regular shapes simply because of the nature of digital.

He referenced the following alleged UFO image as an example. 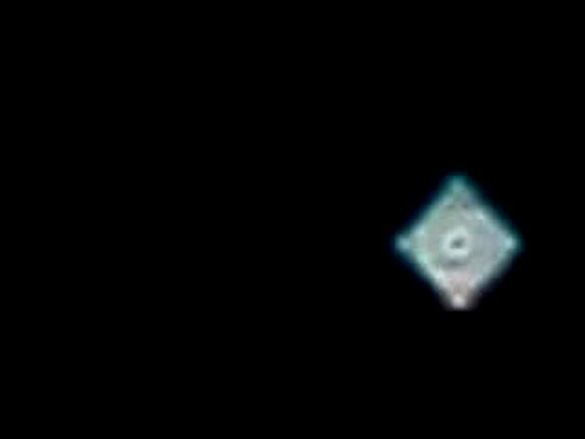 As for the triangular shape, Davidson says, “You can get similar things with still photos when you blow them up – the moon pic shows a ‘triangle’ because it’s digital – made up of pixels.”