A New Jersey witness at Hazlet reported watching and videotaping a silent, triangle UFO with three red lights, according to testimony in Case 53663 from the Mutual UFO Network (MUFON) witness reporting database. 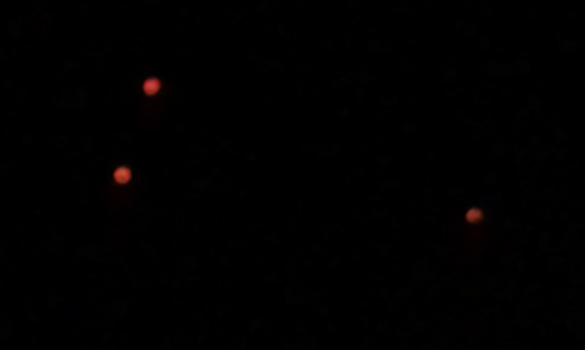 The witness was returning from a friend’s house on Christmas Eve 2013 when the object was first seen.

“I was making a right turn from Highway 36 onto Middle Road in Hazlet, N.J.,” the witness stated.“After I made a turn me and my wife saw three red objects round in shape moving slowly east about 100 feet above the houses on the right hand side of Middle Road.”

The witness stopped his vehicle at the first house next to Airport Plaza shopping center. 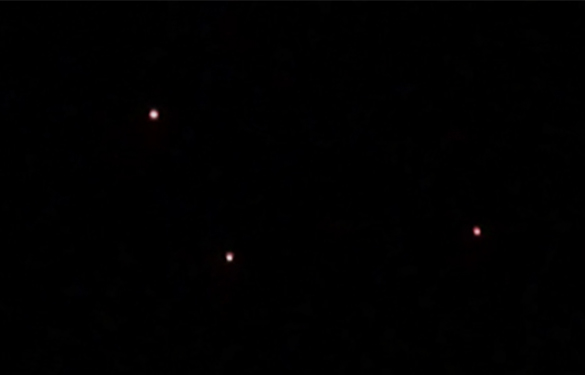 New Jersey MUFON State Section Director Ed Dobson investigated this case and closed it as an Unknown. The case was reported to MUFON on January 22, 2014.

“The object is described as being triangular in shape and having red and white pulsating lights,” Dobson stated in his report.“It was unknown degrees above the horizon and first being noticed out of the west. The witness puts the size between 101-300 feet.

“He said he called the police, but they had received no complaints. He claims his brother-in-law saw the same object the weekend before.The temperature was approximately 27.9 degrees and winds were at 17.3mph and out of the north-northwest. The sky was clear.” 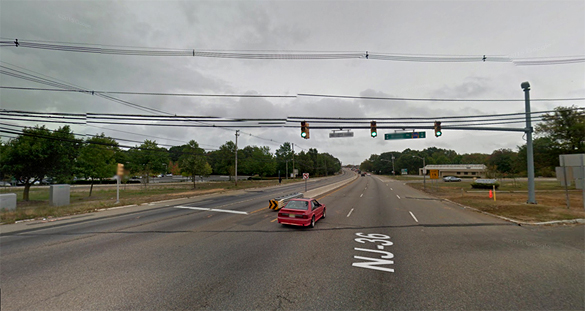 The witness saw the UFO near the intersection of Highway 36 and Middle Road in Hazlet, N.J., pictured. (Credit: Google)

Hazlet is a township in Monmouth County, New Jersey, population 20,334. Please remember that most UFO sightings can be explained as something natural or man-made. The above quotes were edited for clarity. Please report UFO activity to MUFON.com.