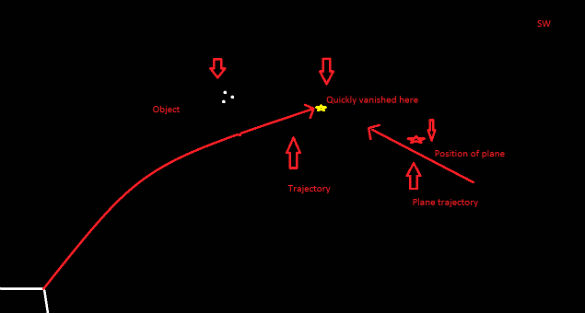 An Ohio witness at Batavia described a triangle-shaped object with three lights at its points moving directly overhead with no flashing lights or sound, according to testimony in Case 83789 from the Mutual UFO Network (MUFON) witness reporting database. 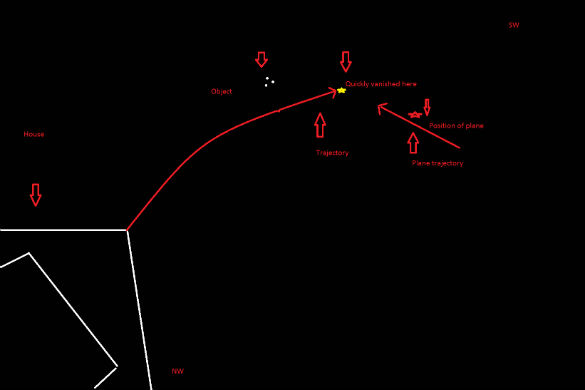 “I immediately noted how many stars I could see and the darkness of the sky,” the witness stated.“While standing on the driveway and shortly after looking up, I saw the object come over my roof into view. It appeared to be several thousand feet up in the sky. I could easily make out three distinct, white lights in a perfect triangular pattern.” 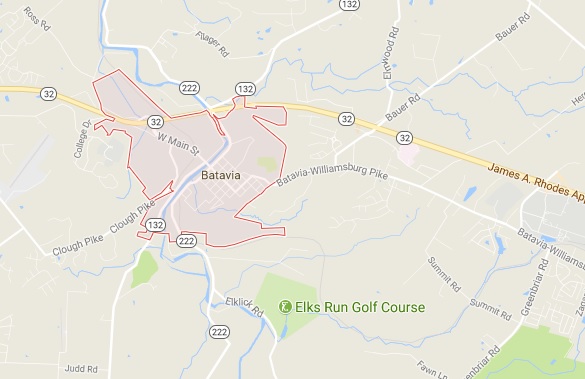 The object appeared to be several thousand feet up. Batavia is a small Ohio town with a 1,509 population. (Credit: Google)

The witness stated that the object did not appear to be the average aircraft.

“There were no flashing aircraft lights of any kind. There was no noise as the object passed over. It was heading in a southwest direction. There were no clouds in my viewing area to obscure it, only some faint ones on the horizon, so I had a clear view of it. It was almost directly overhead of my neighborhood.”

“It made a bend in its trajectory turning towards the west after a few seconds. Shortly after, it abruptly disappeared. During the sighting, I did not want to lose sight of the object, so I did not run inside for my phone to take video. I noticed blinking aircraft lights within a few degrees of the object during and after the sighting. There are multiple airports in the area and I am used to seeing all sorts of planes and this immediately struck me as not having any blinking lights and a perfect triangle shape.”

The object was moving very fast. 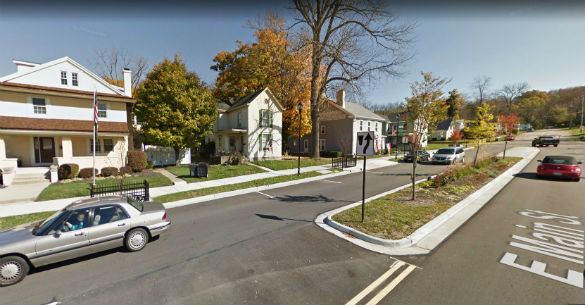 “It also must have been moving quite fast since it covered a pretty large area of the sky in a short time. The altitude and lack of noise reminded me of seeing a satellite, but the triangle shape made me question whether it could be one. Whether the planes were tracking it or just flying over, I couldn’t say. We see a lot of planes around here.”

Batavia is a village in and the county seat of Clermont County, Ohio, population 1,509. Ohio MUFON Field Investigator Tim Kelly is investigating. The witness included one illustration with the report, which was filed on May 16, 2017. Please remember that most UFO sightings can be explained as something natural or man-made. The above quotes were edited for clarity. Please report UFO activity to MUFON.com.