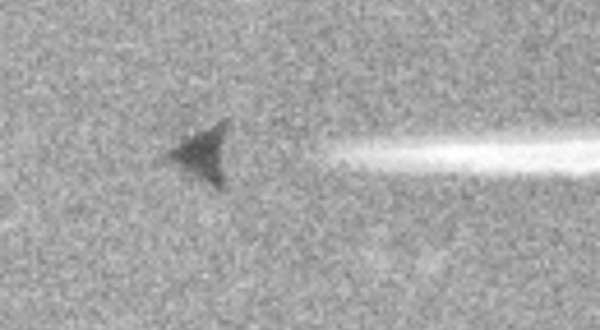 Witnesses photographed a triangle shaped UFO in the sky above Amarillo, Texas on Monday, March 10. 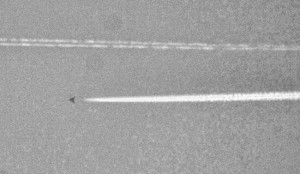 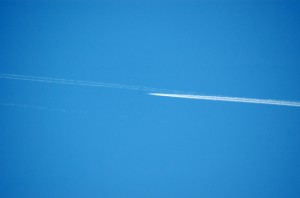 Defense technology blog Ares on the Aviation Week website explains that the craft was photographed by both Steve Douglass and Dean Muskett. This mysterious object was reportedly accompanied by two other craft. According to Aviation Week‘s defense expert Bill Sweetman, Douglass, who monitors aircraft radio communication, picked up some apparently related voice traffic, suggesting that the unidentifiable aircraft were piloted rather than remote-controlled.

Sweetman believes the photographed UFO is likely a classified military plane. He explains,

The photos tell us more about what the mysterious stranger isn’t than what it is. The size is very hard to determine, for example, although the image size at contrailing height suggests that it is bigger than an X-47B. However, the basic shape – while it resembles Boeing’s Blended Wing Body studies or the Swift Killer Bee/Northrop Grumman Bat unmanned air system – is different from anything known to have flown at full size, lacking the notched trailing edge of Northrop Grumman’s full-size designs.

So, like the Metro speculates, “As the US Air Force are unlikely to be forthcoming with information, the flying objects will almost certainly remain ‘unidentified’ (probably not aliens, though, sorry).”