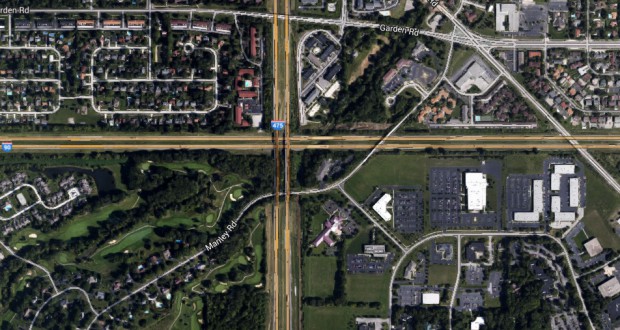 An Ohio witness at Toledo driving south along Route 475 approaching the Ohio Turnpike underpass reported watching a fast-moving triangle UFO under 150 feet, according to testimony in Case 61353 from the Mutual UFO Network (MUFON) witness reporting database.

“I saw what I first thought was a plane about size of a Lear jet flying way too low across the highway,” the witness stated. “It was impossible to not see it.”

“It had three white lights – one at each end and one in middle – about 5 to 8 feet above the others. It did not have any strobe lights and did not make any sound that I could hear.” 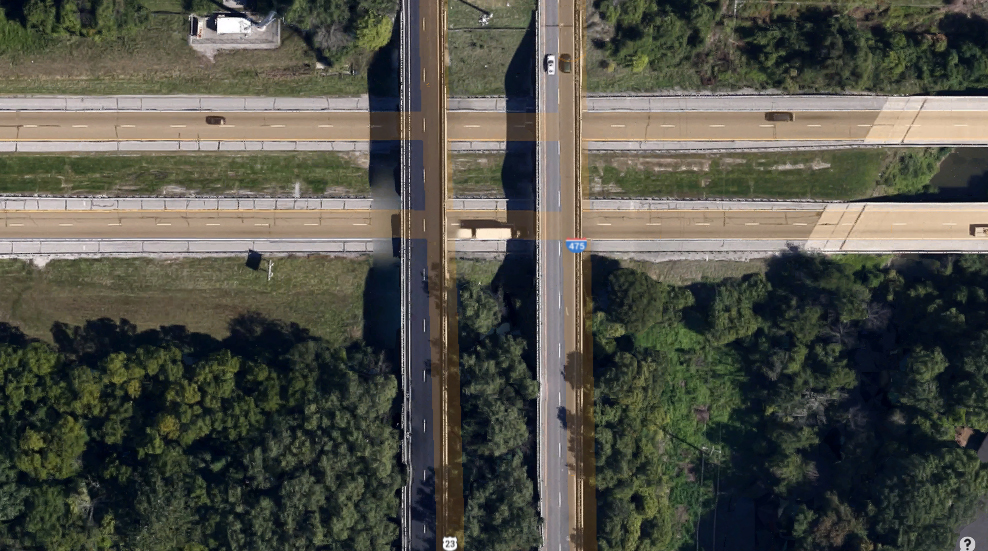 As the object moved away, the witness described the back of the object as having a rectangular panel of solid, bright, red lights made up of 6 to 8 smaller panels butted together. Pictured: Intersection of Route 475 and the Ohio Turnpike. (Credit: Google)

The witness was able to get a look at the object again as it moved away.

“After covering the 200 to 300 feet to the point where it crossed the highway, I turned my head to the left (east) to get a rear view of it. It was about a half-mile away by then.”

The witness said he was surprised by what he saw.

“I saw what appeared to be a rectangular panel of solid, bright, red lights made up of 6 to 8 smaller panels butted together. I was now quite certain I saw something that was no aircraft as we know them.”

The witness turned his attention back to the roadway and lost sight of the object.

“I am able to make good drawings of what I saw but I do not know how to send them to you by computer. I have to use the U.S. Postal Service.” 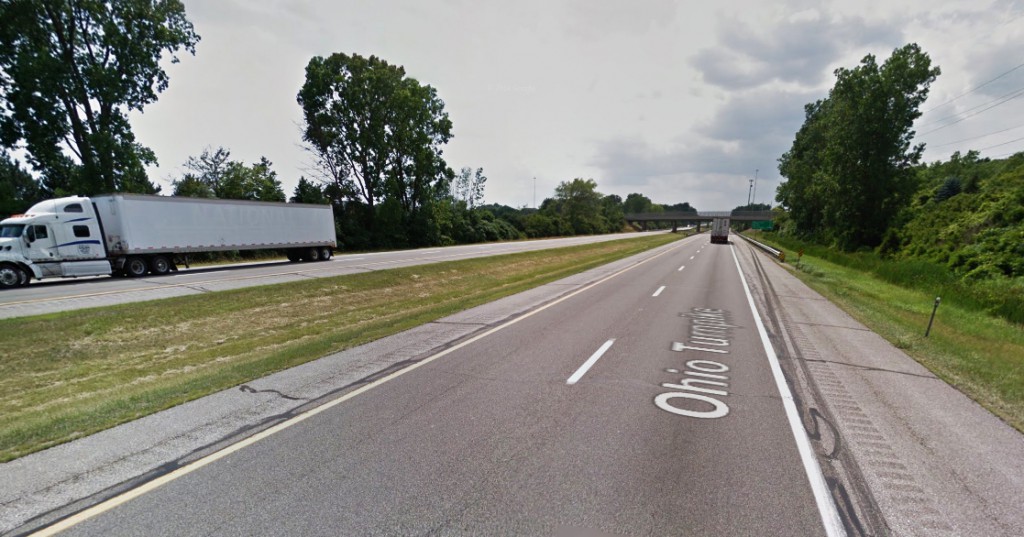 The witness said the triangle-shaped object made no noise. Pictured: A view of the sighting area from the Ohio Turnpike. (Credit: Google)

Toledo is the fourth most populous city in Ohio, population 287,208. Ohio MUFON is investigating.

Ohio has a current UFO Alert Rating of 5 with a low number of recent reports nationally. Ohio had 13 UFO reports that occurred during October 2014 – calculated at 1.30 sightings per million population.