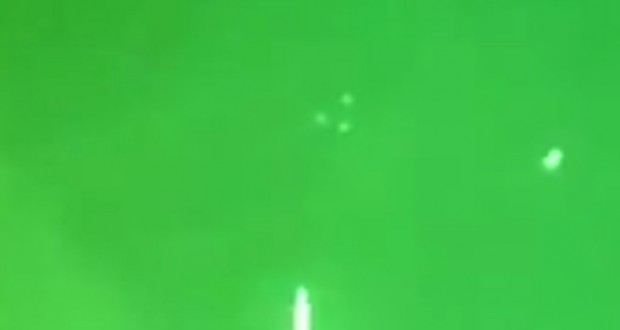 A Michigan witness near Auburn Hills and Rochester reported capturing “an inbound triangle” UFO that he feels might be a stealth aircraft, according to testimony in Case 61223 from the Mutual UFO Network (MUFON) witness reporting database.

“The group met at the organizer’s house in Auburn Hills,” the witness stated. “When we were heading out to the cars to make half-mile journey to our selected field, we noticed the skies were perfectly clear – an excellent night to be star gazing. It was fairly bright as the moon was overhead and about 70 percent full.”

The group then drove to the site about a half-mile away. 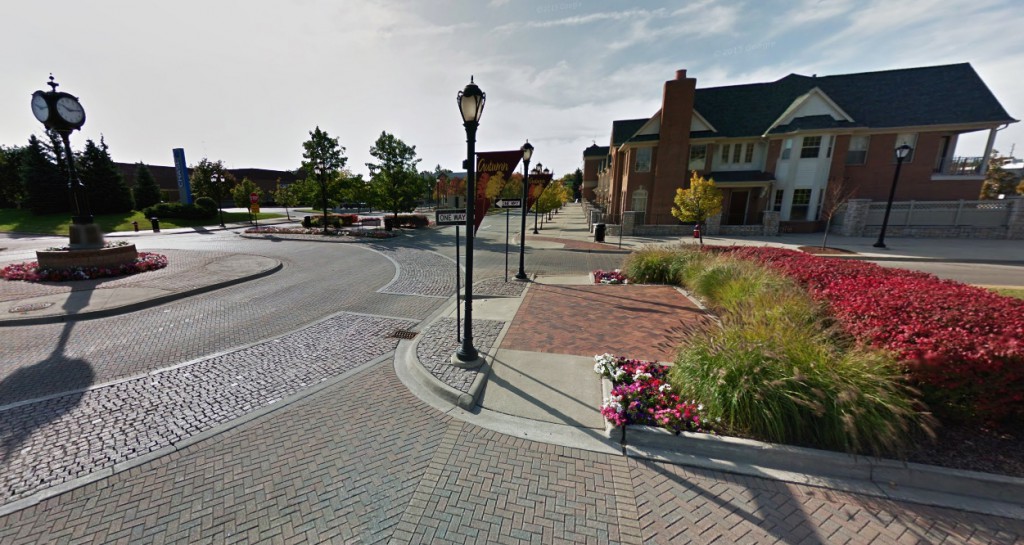 About 30 minutes into the session the witness saw and videotaped a triangle craft appearing from the north on a southerly trajectory. Pictured: Auburn Hills, MI. (Credit: Google)

“We again looked skyward and this time commented on three chemtrails being visible. We grabbed our chairs and walked a couple hundred feet to the middle of the field and set up our chairs and blankets. That process couldn’t have taken more than 15 minutes.”

According to the chemtrail conspiracy theory, long-lasting trails left in the sky by high-flying aircraft are chemical or biological agents deliberately sprayed for sinister purposes undisclosed to the general public. Believers in the theory argue that normal contrails dissipate relatively quickly, and contrails that do not dissipate must contain additional substances. (Wikipedia)

But then they noticed more “chemtrails” in the sky.

“But now there were 15 chemtrails blanketing the sky. The entire sky was nearly completely obscured.”

“Somewhere about 30 minutes into the session I saw a triangle craft appear from the north on a southerly trajectory. It was emitting light from each of its three corners (as you’ll see in the attached video ‘auburn hills’). Its altitude seemed to be at least several thousand feet. I called out that I saw an inbound triangle and the guy next to me tried frantically to see what I was talking about. He didn’t have any light enhancing devices and never ended up seeing the craft.”

The group remained in the field until 9:15 p.m. when the cold sent them home.

“The next day, Monday, November 3, 2014, I went through the recordings to show the craft to the others who didn’t see it.”

But once the entire video was reviewed, more objects were seen.

“I hadn’t reviewed more than five minutes of video when I saw what looked like a huge craft moving behind the clouds. I then created a program to step through the frames one at a time so I could see what was going on. It ended up being that what looked like a huge stealth craft with two more fast moving lights. They came in on parallel trajectories from the top of the video and split off towards the center as you should be able to see in the attached video ‘hidden UFOs.’ Since I didn’t notice the crafts during recording, I panned away earlier than I would have liked had I known they were there. If you step through the frames, you can see the lower craft initiating a hard bank to its left when I’m starting to turn away.”

The witness is speculating on what was seen.

“When there are three craft in two separate encounters within 30 minutes of each other – this is beyond coincidence. Now considering the clouds that were specifically created (being chemtrails) and only over a relatively localized area, and there was a flurry of advanced technology overhead, it is undeniable that the chemtrails were anything but specifically placed there to shield us from seeing what was going on overhead.”

The witness believes the objects may be part of a man-made project.

“Since these didn’t exhibit out of this world maneuvering capabilities, I am hesitant to say they were of alien manufacture. Their speed and triangle shape indicates advanced technologies which are within reach of our black projects, so all of this seems likely to be a military cover-up of alien technology.”

Michigan has a current UFO Alert Rating of 5 with a low number of recent reports nationally. Michigan had 16 UFO reports that occurred during October 2014 – calculated at 1.62 sightings per million population.