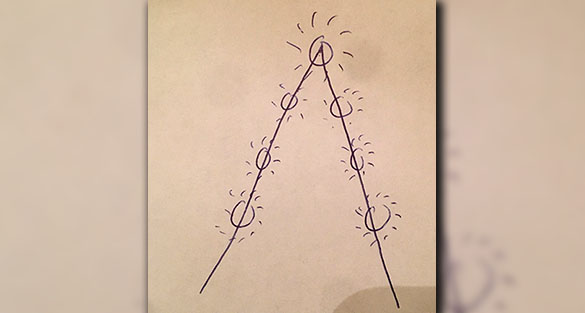 A Pennsylvania witness at Lancaster County reported watching a nearly 100-foot-long, triangle-shaped object hovering at the tree top level, according to testimony in Case 82286 from the Mutual UFO Network (MUFON) witness reporting database. 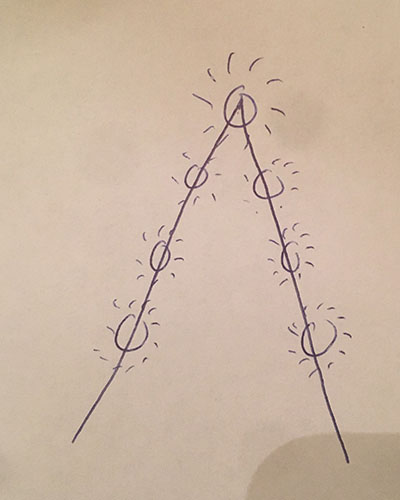 “Was at a stoplight when something caught my eye,” the witness stated.“I glanced over and noticed a line of bright lights. Didn’t think much of it and looked away. I double took, however, and when I looked back, they were in a triangle formation.”

The witness was unsure what the object was.

“I went through everything in my head. It was not a plane. There were no blinking lights, plus it was too low to the field to be a plane. I thought it might be a drone, but with it being so low it would’ve been a very, very, big drone. Nothing was blinking or illuminating off of it. There were no beams or anything like that.” 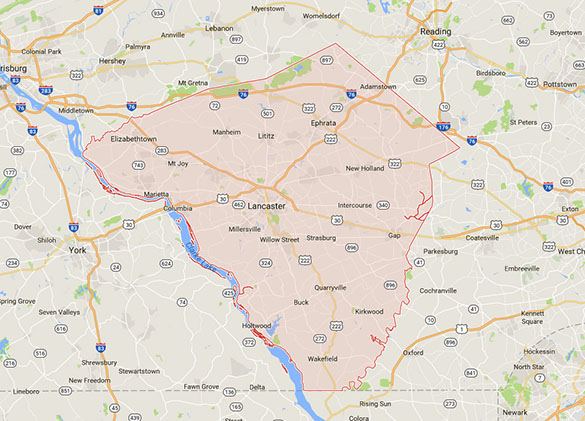 The witness was driving in rural Lancaster County, PA, when the object was seen on February 22, 2017. (Credit: Google)

“After I saw it, it moved again – not lightning fast, but quickly to a third point in the field and hovered again for a few seconds. At this point I realize the light had turned green, and I begin to drive away. But interested in trying to figure out what I saw. I looked back and slowed down and I found nothing there, nothing in the sky. There was nothing up higher. There’s nothing in the field. It was gone. There was one very bright light at the top and three, maybe four, dimmer lights coming out of it in a triangle formation.” 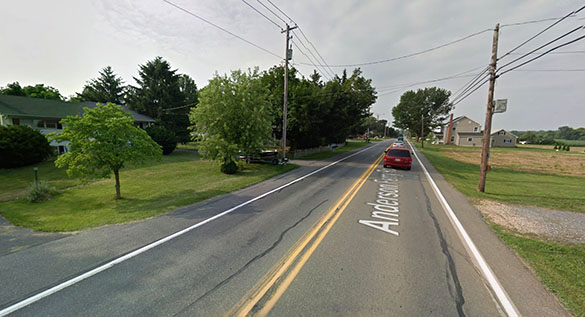 The witness provided one illustration with the MUFON report, which was filed on February 22, 2017. Pennsylvania MUFON Field Investigator Larry Shaak is investigating. Please remember that most UFO sightings can be explained as something natural or man-made. The above quotes were edited for clarity. Please report UFO activity to MUFON.com.