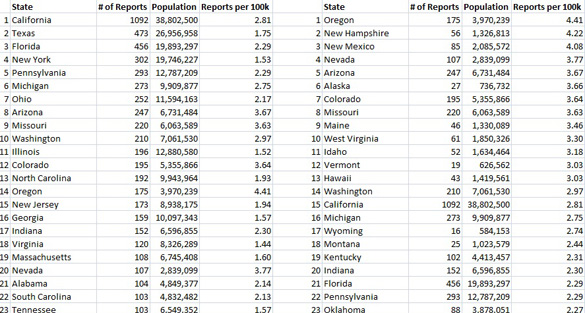 Taking a look back at UFOs reported in 2014, there are some big surprises as to which states rise to the top of the list.

The data I am using for this report comes from the Mutual UFO Network (MUFON). It is the largest civilian UFO investigation organization in the country. They even received recognition from the Guinness Book of Worlds Records for it this year. They have members and/or certified field investigators in every state in the country, and even a few in other countries as well.

MUFON received some added attention this year with their own TV show on the History Channel titled Hangar 1.

Does this mean there are more UFOs buzzing around the sky? Hard to say. It could just mean that more people are reporting them to MUFON because of their TV show.

As for the top states reporting UFO sightings, as usual, they jive pretty well with the states with the most population. So you have California and Texas taking the two top spots. Looking at the data this way can be deceptive, so I like to match the data up with the populations and determine who is getting the most number of sightings per person. Well, actually per 100,000 people in this case. This is how you find the true hot spots.

So where were the UFOs in 2014? Surprisingly, Oregon takes the top spot for the most reported UFOs per population. They were number 19 last year. I broke the numbers down per month for Oregon to see if maybe they had a UFO armada fly by. They had 28 reports in January, but September had 21, so no one event seems to be responsible.

Another reason this is so shocking is that when I look in our archives of Oregon UFO sightings, we only reported one in November. It does not appear the media in Oregon, or anywhere else, picked up on any others. I’ll have to delve into this further and get back to you with what I find. 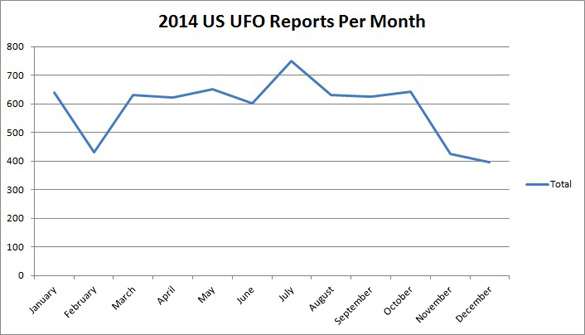 New Hampshire takes the number 2 spot. Last year they were 5th, so not too much of a surprise. We also have New Mexico, Arizona, and Colorado at the top of the list, as usual. There seem to be a lot of sightings in the southwestern U.S. It could be because the desert skies are clear more often, or the fact that there are so many large secluded Air Force bases, like Area 51.

Although I have embedded the top 20 here, you can find the full list at the end of this story. By the way, if your state is not as high on the list as you would like, don’t get mad at me. I just crunched the numbers. Inevitably, every year someone gets mad that their state is not visited by UFOs as much as they think it is.

I also crunched the numbers for the shapes of UFOs being reported. Again, it is pretty typical. The top shape is a sphere. Disc shaped UFOs are the sixth most reported – under “other” and before “unknown.” So “flying saucers” are not as popular as they once might have been. However, number four on the list is triangular shaped. It is interesting to note that so many reports are of objects or lights that are triangular in shape. There were several interesting triangular shaped lights caught on video last year.

When it comes to foreign countries, the top 10 includes a lot of English speaking countries and nearby neighbors. MUFON does a lot of international outreach, especially with Canada and Mexico. Their Director of International Affairs is a Spanish speaker. BTW, he will be speaking at the 2015 International UFO Congress next month. 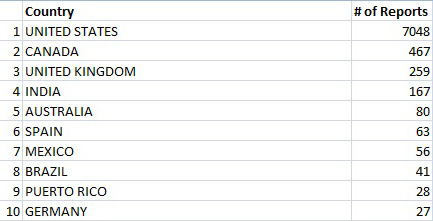 So there you have it. This is where the UFOs were in 2014. These numbers may frighten you, or make you excited for a possible diplomatic exchange with an intergalactic space fairing cruise ship. Let us know what you think below. 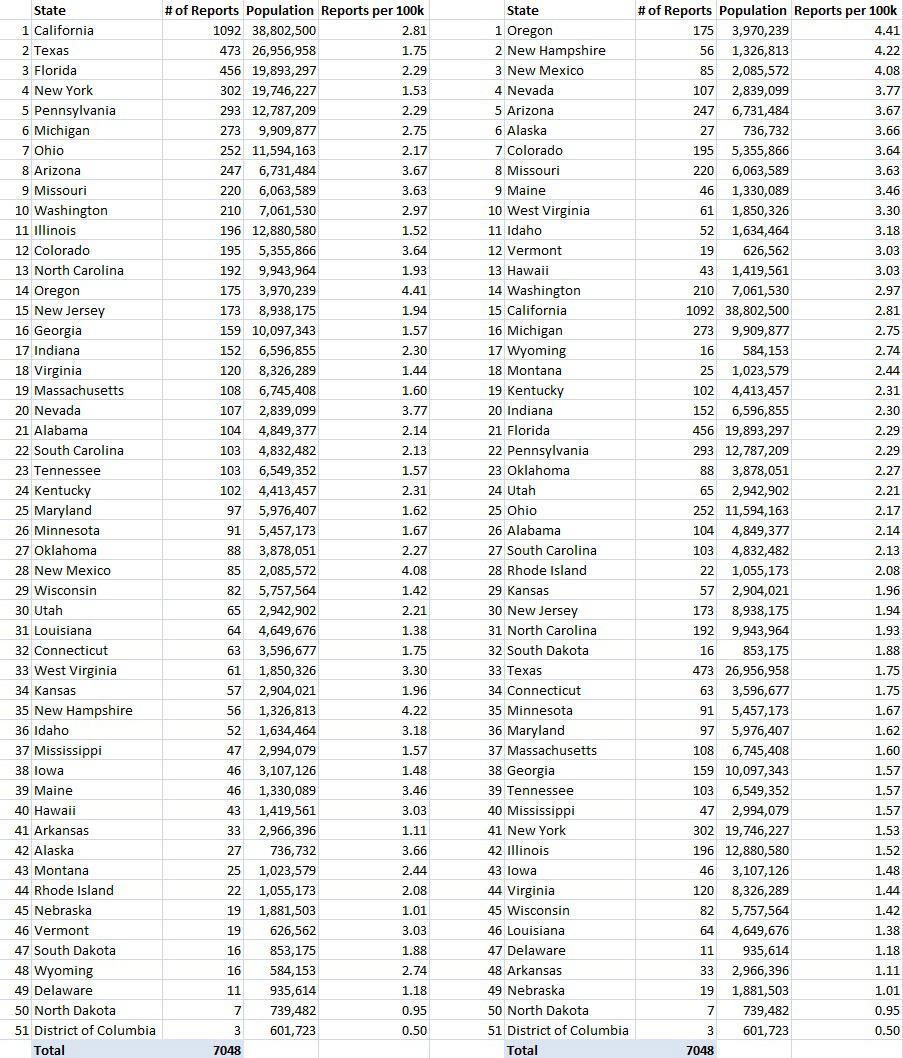