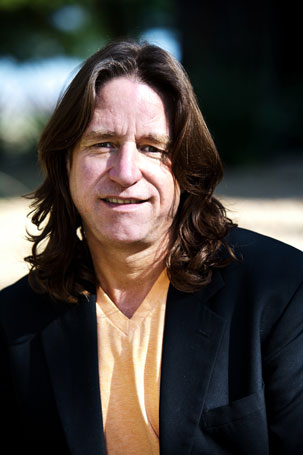 Tom Ruffin began his career in television in 1984, with a BA degree in Broadcast Journalism from Cal State Long Beach. Working for a small, and at the time unknown, show called Entertainment Tonight. As the popularity of the show grew he began to climb the ladder. After 21 years he was the only one employed who was a member of the Directors Guild of America (DGA) and the International Alliance of Theatrical and Stage Employees (I.A.T.S.E.) . He would Direct, write and edit all of the stories he was involved in.

In 2000 Tom became the Associate Producer for the show “Hot Ticket”. He edited the pilot and took the show into production.

From LA he moved to Phoenix. Out of broadcast and into corporate production. Having worked with four “Fortune 500” companies in creating marketing and strategic business videos. He also was producer / director of a few of Herbalifes conferences in which more then 3000 people attended.

In the summer of 2009 Tom was hired by Open Minds to develop a television show for broadcast television. He looks forward to this challenge and learning more about this interesting and vital topic.

To get in touch with Tom please email contact@openminds.tv.