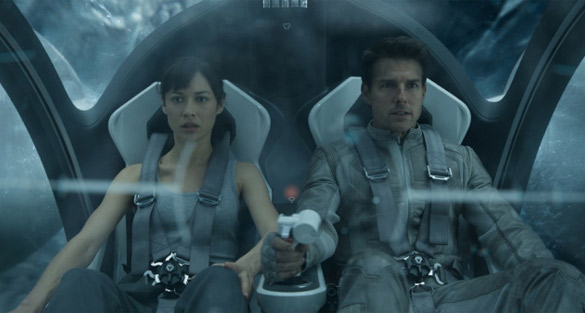 Tom Cruise is promoting his latest alien adventure flick, Oblivion, this week at its Russian premiere. In response to questions by the British newspaper The Sun, he says he would be up for a trip to space, and would not be surprised to find aliens when he gets there. Cruise is known for several roles in movies about alien invaders. In Oblivion, he plays a drone repairman who is one of the last surviving humans on earth, which, you guessed it, has been devastated by attacks from an alien race.

When asked whether he would like to take a trip to space, Cruise told The Sun, “Who wouldn’t want to do something like that?” He added, “I’m going to let a couple of other people test it out first but it would be great. I was always hoping when I was a kid that we would be travelling to different planets by now.” 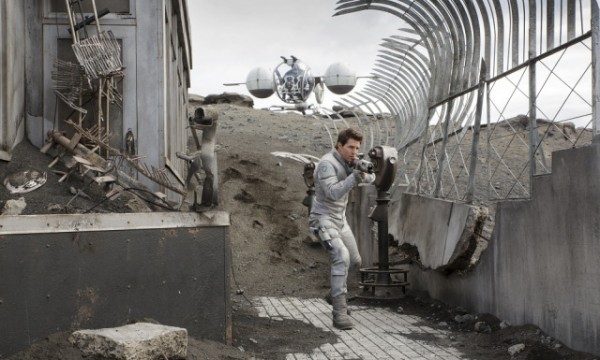 The other people he may be referring to are the several other stars who already have their tickets for space flights being offered by Virgin Galactic. The space flights have yet to begin, but actors Aston Kutcher, Kate Winslet, and Russell Brand already have seats reserved. Brand’s ticket was a birthday present from his ex-wife Katy Perry, who is reportedly “obsessed” with extraterrestrials, and is a big fan of the TV show Ancient Aliens.

Cruise offered his opinion on aliens, saying, “I don’t think you can actually count it out.” He continued, “It might be a little arrogant to think we were the only ones in all the galaxies throughout the universe, but I’ve never met one!”

Incidentally, Cruise is probably the most high profile scientologist in the world. According to many who have left the church of scientology, some of their more advanced and secretive teachings are of an extraterrestrial named Xenu, who manages this part of the galaxy. Supposedly, this alien brought humans to Earth, and it is due to this alien’s antics that we have many of the psychological issues we deal with today. No wonder Cruise likes to blow them away in the movies.