Home / Featured / Three months in a row of UFOs over Bakersfield

The video was recorded by Alex Viveros at approximately 6:00 a.m. on Tuesday, April 14 in Central Bakersfield.

The witness submitted the video to local news station 23ABC. He explained to the station that this glowing UFO “just showed up and then disappeared.” The bright object in the video moves slowly through the sky and seems to hover at points. The object’s brightness also seemingly increases in intensity. 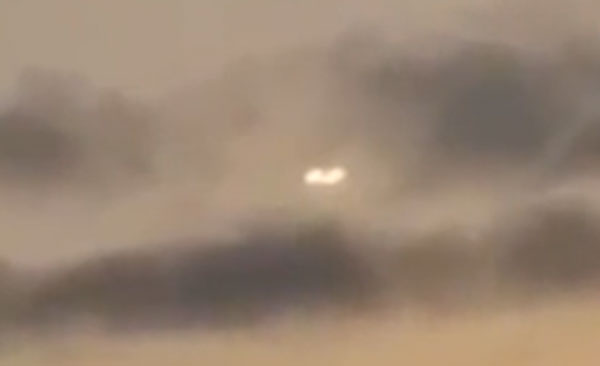 The appearance and behavior of the UFO in this video seems a little strange. But Elaina Rusk, 23ABC meteorologist, suggests that the UFO in the video is more than likely “an airplane traveling in the sky and was reflecting the sun off the surface of the plane creating the glow.”

And former Bakersfield resident Harry Thomas posted on 23ABC’s Facebook page, “It Was On Final To Runway 30 Right At Oildale International [Meadows Field Airport]. Lots Of Jet Traffic Early In The Morning.” 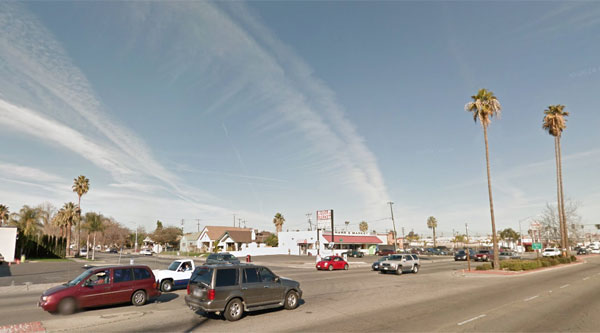 From certain perspectives, planes do appear to hover in the sky when making landing approaches. And Meadows Field Airport is just three miles northwest of downtown Bakersfield. There was morning traffic at the airpot around the time of the sighting. So it’s likely that what the witness caught on video was a landing airplane that looked strange because of his vantage point and because of the reflecting sunlight.

But this possible identification is simply an educated guess.

This recent UFO sighting comes on the heels of other mysterious UFO sightings in Bakersfield. 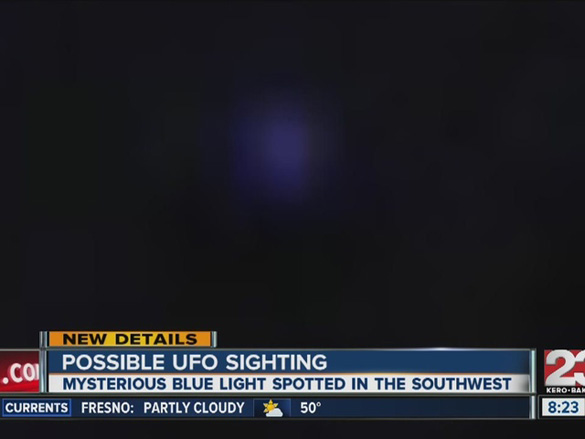 Witnesses there reported seeing a UFO on February 14, then again a month later on March 14. And, as previously mentioned, this latest UFO over Bakersfield appeared on April 14.