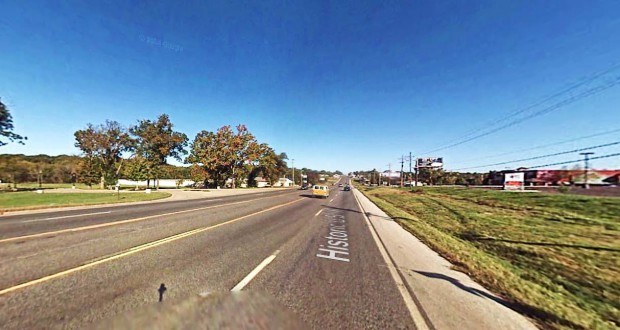 A new witness came forward today adding a third 2014 date to close encounters with a UFO near ground level in Joplin, MO, according to testimony in Case 60172 from the Mutual UFO Network (MUFON) witness reporting database.

Previously three professional Joplin witnesses came forward reporting a July 8, 2014, case where the object was near ground level and larger than a house. Case 57853 was covered here in two stories: Missouri couple says UFO was ‘bigger than a house,’ and Close encounter with acre-size UFO leaves three Missouri witnesses baffled.

Additionally, another anonymous witness who also reported their sighting directly to Kay described a close encounter that took place on August 16, 2014, in Case 59509.

In today’s report, the witness recounts the events from September 2, 2014.

“I work in law enforcement as a State Trooper so don’t want my real name used, but felt it was important to let someone know what I saw,” the witness stated. “I want you to know that I’ve never seen anything like this before and hope I never do again.” 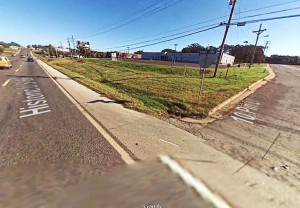 As the trooper approached the hovering object, he heard static on his car radio. Pictured: Joplin, Missouri. (Credit: Google)

“A light caught my eye to the northeast of my position low at the tree line. As I drove closer I slowed the vehicle because at first I thought that it must be a helicopter since whatever it was, was so low, that it couldn’t be a plane. I then noticed that there was structure to the object and that it began to move slowly west towards the highway and closer to my vehicle. There were no other cars on the highway at that time.”

The trooper moved closer to the object.

“As it got closer and as I drove closer I noticed that the top portion of this teardrop or triangular-shaped craft was elevated and that there were windows along the top portion. The windows were rectangular and placed vertically, and there were three that I could see from my position. There was a yellow/white glow coming from inside the windows. I did not see any people inside but did see movement – I assume it was the occupants moving around.”

The trooper described the object.

“The craft appeared to be at least 100-feet-plus wide and 25-feet or so high. It was a dark, dull gray/black metallic craft with lights on the bottom only. I saw no navigation lights. The bottom lights were an amber and a red/orange color of varying sizes, but the odd thing was that there was no beam coming from any of the lights – they simply glowed. The size of the lights was from streetlight size to perhaps 24-inches in diameter. There was a low hum coming from the object which I only noticed on close approach at about 50-feet.”

The witness slowed down when the object moved close to the highway.

“It then spun around like a top and reversed direction. As it did so, I heard a loud static noise come from my radio for approximately 15 seconds. I did not call this in to report it because I wasn’t sure what I was looking at and did not want to put my job in jeopardy in case it was a real UFO.”

The object moved away slowly to the east until the trooper could no longer see it.

“I realized that my vehicle was stopped on the highway although I remember thinking that I did not intend to stop. I looked at the clock and realized that I had been watching the object for 15 minutes. At that point, I saw a jet moving very fast from east to west. It banked to the north and went back east. It looked like a fighter jet that may have been looking for the object I saw. I could hear it clearly. I did not believe in UFOs before this incident but I know what I saw and it was not something of ours – at least that is known to the public.” 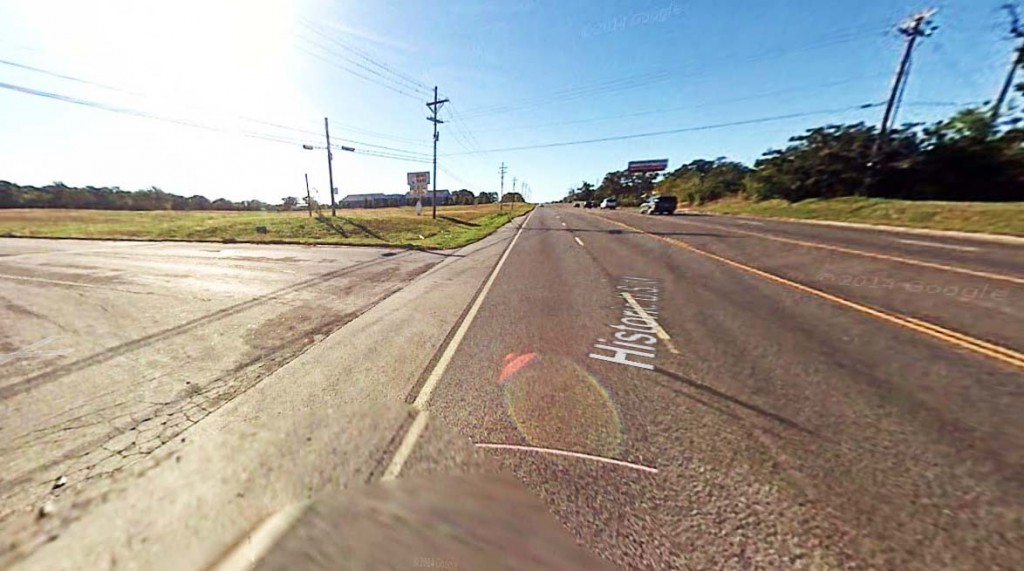 The object eventually moved slowly away toward the east and disappeared. Pictured: Joplin, Missouri. (Credit: Google)

“I noticed some lights hovering over the trees to my right as I approached Redding Road. As I got closer I could see the dark outline of a craft that looked oval in shape from the bottom. It had lights all over the bottom which were large orange lights and small blue lights which pulsated, getting brighter and dimmer. There was no sound.”

“As I approached, the radio speakers made a strange static noise even though my radio was not on. My headlights went off and on again. I pulled to the side of the highway because I was afraid my engine would fail and also to get a better look at the object and take a picture, but I could not get my cell phone to come on. I probably watched it for 10 minutes total time.”

“The object was hovering just over the trees probably 100-feet from the ground and 100-feet or less from me. The object then moved slightly and then took off very fast directly east from where it was hovering. I know it was not a plane or helicopter because there were no navigation lights and no sound. It was close enough to be heard. This has me very concerned and I’d like to know what it was – military or otherwise.”

Cases 57853 and 59509 have both been closed as an Unknown. Today’s Case 60172 is under investigation by Missouri MUFON. Missouri has a current UFO Alert Rating of 3 with a higher than average number of recent reports nationally. Missouri had 20 UFO reports in August 2014 – the 10th highest reporting state – while California had 99 reports as the highest reporting state. The above quotes were edited for clarity. Please report UFO activity to MUFON.com.