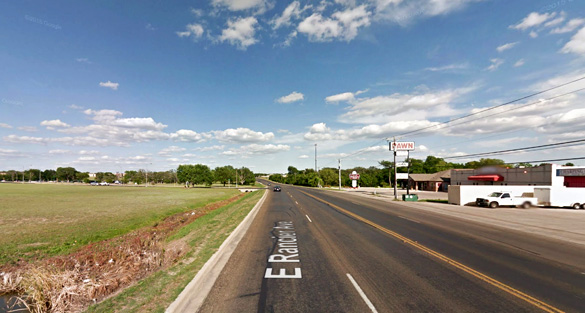 A Texas witness at Killeen reported watching a triangle-shaped UFO hovering over a nearby park for 15 minutes before moving away, according to testimony in Case 69803 from the Mutual UFO Network (MUFON) witness reporting database. 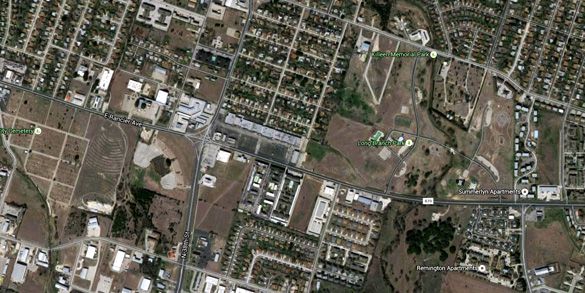 The witness first thought the object was a helicopter until driving closer toward it while driving along Rancier Avenue in Killeen, TX, near a park. (Credit: Google)

The witness was driving home from work and traveling along Rancier Avenue about 3:15 a.m. on August 23, 2015.

“I saw a strange light hovering a little past the park,” the witness stated. “At first I thought it could be a helicopter, since I live in Killeen right next to Fort Hood and there are always helicopters in the air.”

But as the witness moved toward the object it was obvious it was not a helicopter.

“As I got closer I could tell it was a triangle-shaped craft and not a helicopter. I couldn’t hear any noise from it.” 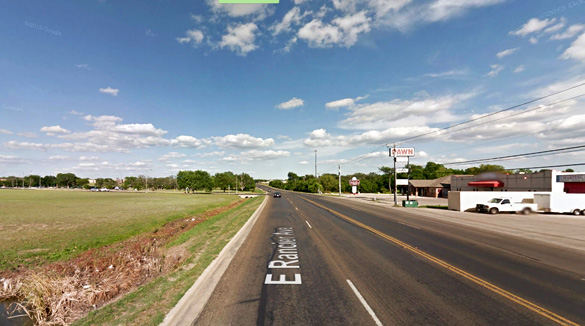 The witness was able to get closer to the object to see that it was a hovering triangle. Pictured: Rancier Avenue in Killeen, TX. (Credit: Google)

The witness pulled into the park and stopped to watch the object.

“It stayed in the same place for about 15 minutes and then slowly moved over the park. I opened the sunroof in my car to watch it as it slowly flew right over my head. Then it changed direction from heading west going parallel with Rancier to going southwest. A few seconds after it made the turn it vanished.”

Texas MUFON is investigating this case that was reported on August 26, 2015. No images or videos were included with the report. 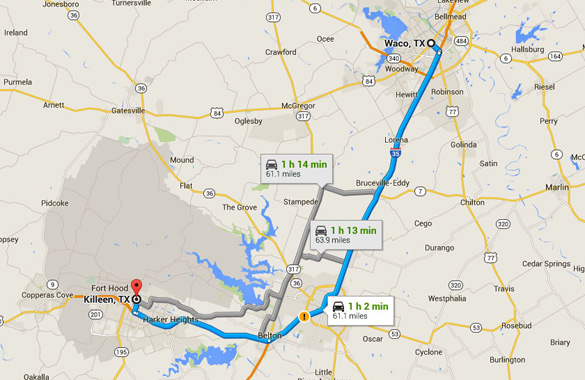 Killeen is a city in Bell County, Texas, population 127,921. Please remember that most UFO sightings can be explained as something natural or man-made. The above quotes were edited for clarity. Please report UFO activity to MUFON.com.