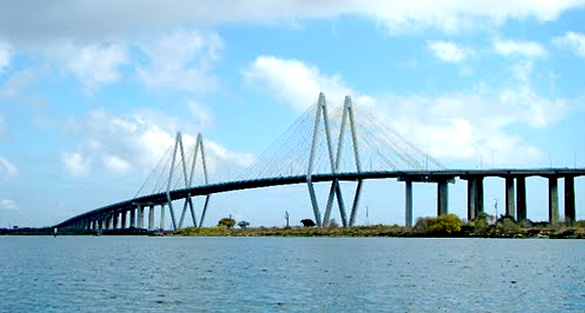 A Texas witness at LaPorte recalled a 1972 encounter with a sphere-shaped UFO that caused damage to the vehicle, according to testimony in Case 72491 from the Mutual UFO Network (MUFON) witness reporting database.

The encounter occurred on August 8, 1972, although the exact highway location is not named in the public portion of the MUFON report, which was filed on November 14, 2015. 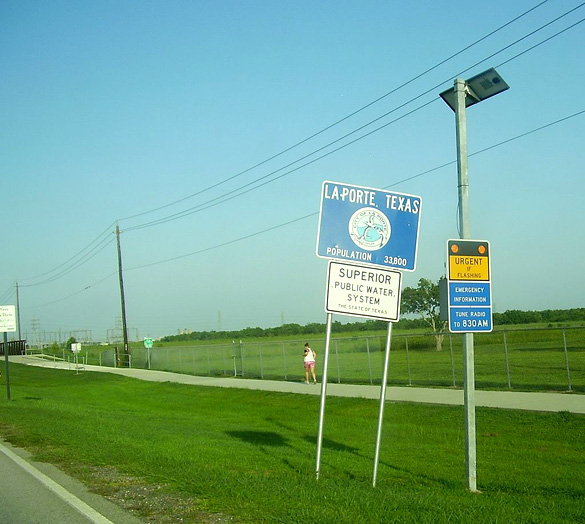 The witness first realized that his front fender was falling off on August 8, 1972, before seeing the UFO. Pictured: LaPort, Texas. (Credit: Wikimedia Commons)

“I was in my car in the left lane of two – traveling at 55 mph – when suddenly my left front fender dropped down and bottomed out and then my car was pushed perfectly sideways into the right lane.”

The startled driver said he reacted with a left turn of the steering wheel while he heard the sounds of tires screeching.

“When I realized I had been pushed, I looked into the rear view mirror and could not understand what I was looking at.” 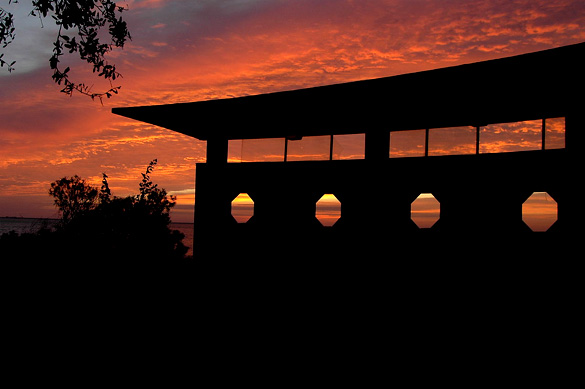 The witness said that his entire vehicle was pushed into the adjacent lane. Pictured: LaPort, Texas. (Credit: Wikimedia Commons)

“I saw a clear or transparent 20-foot orb in the median that was rippling and distorting scenery behind it with a 4-foot tall and 3-foot wide, egg-shaped sphere inside just a few feet above median. Inside of the inner sphere were large, bright, slow wiggling electrical bolts ‘spaghettied’ together. As soon as the clear orb stopped wiggling everything was transparent or invisible.”

Texas STAR Team Field Investigator Charles Stansburge has been assigned the case and is investigating. 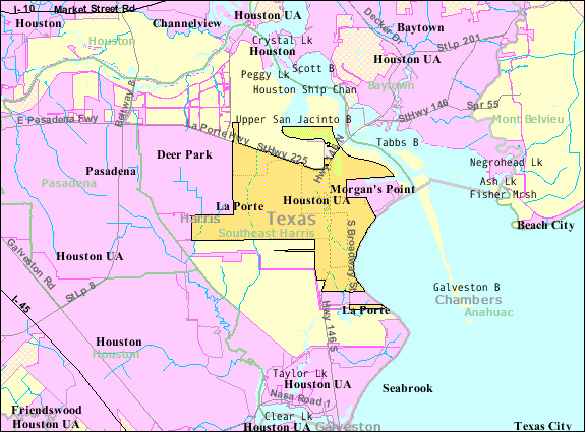 The witness described the UFO as a clear or transparent orb. LaPorte is south of Houston, Texas. (Credit: Wikimedia Commons)

LaPorte is a city in Harris County, Texas, population 33,800. Please remember that most UFO sightings can be explained as something natural or man-made. The above quotes were edited for clarity. Please report UFO activity to MUFON.com.