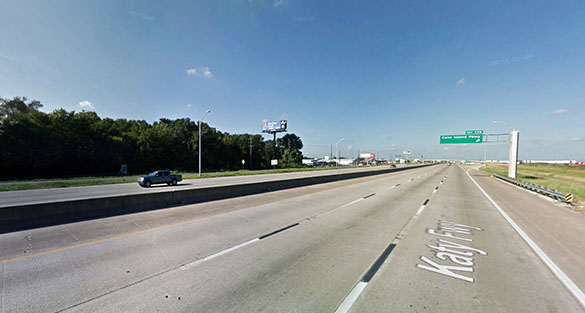 A Texas witness at Katy recalled a UFO encounter from early 2016 where he and his wife watched a triangle UFO the size of a “mother ship” that apparently affected their electronic equipment at ground level and created a fog around itself, according to testimony in Case 81939 from the Mutual UFO Network (MUFON) witness reporting database. 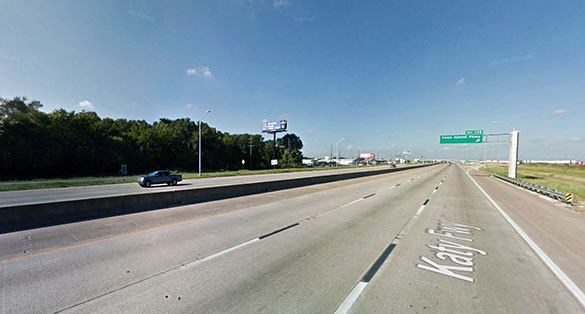 The witness first saw what looked like black dots in the sky above. Pictured: Katy, Texas. (Credit: Google)

“Looking up and out of the sun roof – because she said she had the inkling or feeling to do so – she points out to me what looks like two black dots or holes that might be a break in the clouds,” the witness states.

The witness stated that he could see the cloud cover moving between them and black dots – but then noticed a third black dot.

“So I could see the low night fog moving over these dots, so therefore it wasn’t a break in the cloud cover.”

The witness was intrigued by what he was seeing and used the time at a long red light to continue watching. 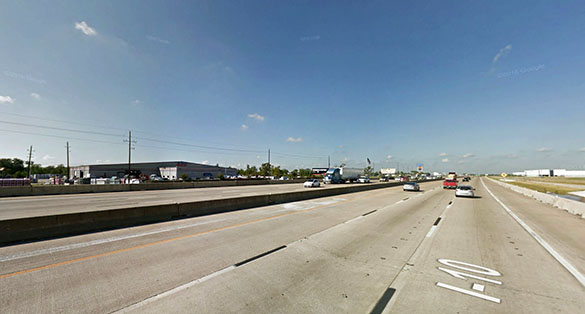 The witness then got a brief glimpse of a ship so large he referred to it as a ‘mother ship.’ Pictured: Katy, Texas. (Credit: Google)

“As I am looking up, a random area in the above fog surrounding these dots gets a very slight, but noticeable, illumination of sorts. For around 5-10 seconds, I can see a portion of this ship above us in the low cloud cover and it opens up and a disc/boomerang-shaped object comes out of it.”

After seeing this, the witness immediately pulled into a parking lot nearby to stop for a better look.

“After a short time, another very subtle illumination took place revealing this ‘mother ship’ – a term I use because of its size which was immeasurable, vast and made no noise that we could hear. It was cloaked in this fog or cloud cover almost as if the ship itself created the fog because once we left the fog seemed to disappear anywhere from 5-10 miles up the highway.”

While under the object, the witness pulled out a cell phone to attempt to record video.

“My camera was pixelating and it looked almost like a bunch of particles moving around, kind of like a slight static which – after playing it back later – it was not captured on the recording.”

Then they noticed a second electronic anomaly.

“Then our cell phones both died and would not recharge in the car the remainder of the night – after we just bought a new car charger. It still will not work in our relatively new BMW so we think it might be a fuse, but it’s odd that it decided to all of a sudden stop working out of the blue right after this took place.” 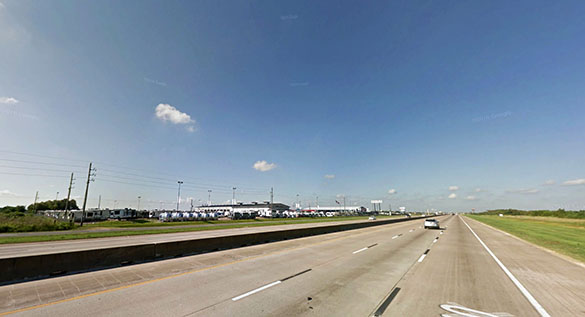 The witness thinks that the object itself created a fog around itself during the sighting. Pictured: Katy, Texas. (Credit: Google)

The two noticed that no one in the cars around them seemed to noticed.

“My advice is to start looking up. You will be surprised by what you see. Katy, Texas, is a hot spot for sure. A lot of activity.”

Katy  is located in Harris, Fort Bend, and Waller counties, Texas, population 14,102. Texas MUFON State Section Director Charles Stansburge is investigating. Please remember that most UFO sightings can be explained as something natural or man-made. The above quotes were edited for clarity. Please report UFO activity to MUFON.com.