Home / Articles / Test determines Roswell debris is not from Earth

A teacher at the New Mexico Military Institute in Roswell may have discovered the first scientific evidence of manufactured debris made on another planet.

Test determines Roswell debris is not from Earth

The artifact that has been analyzed. Specimen size about 10 mm long. End fragment clipped off for testing. (image credit: Frank Kimbler)

A teacher at the New Mexico Military Institute in Roswell may have discovered the first scientific evidence of manufactured debris made on another planet. Furthermore, this debris was found near the location where pieces from an alleged flying saucer were discovered outside of Roswell in 1947. 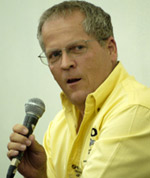 Frank Kimbler teaches high school level Earth Sciences and college level Geology at the New Mexico Military Institute in Roswell. He says he has always had an interest in UFOs, and actually had his own unusual sighting in his twenties. So when he moved to Roswell, he decided to put his expertise to the test and take a shot at investigating the most famous UFO incident of all time, the crash at Roswell.

He says his main goal was to find some physical evidence. He started by looking at some satellite imagery of the alleged “debris site.” This is where rancher, Mac Brazel, had told the Air Force he had found pieces of the crashed object. Kimbler used these images to enhance the infra-red in order to highlight areas where the ground was disturbed. He was surprised to find an area that was similar to what witnesses had described. It was about ¾ of a mile long and a few hundred feet wide, and facing the direction witnesses had reported. He also noticed this area had very straight edges, something unusual for a natural occurrence.

His next step was to get out there with a metal detector to see what he could find. He began making trips to the site in May 2010. Using a metal detector that could find a piece the size of a BB, three inches below the surface, he would be able to find small pieces, which was exactly his goal. In previous archeological digs in the area they had sifted dirt through screens with holes large enough for very small pieces to fall through. Kimbler figured that if there was anything left it would be very small and perhaps in animal burrows, or ant hills. An ant hill was actually where he found his first piece. 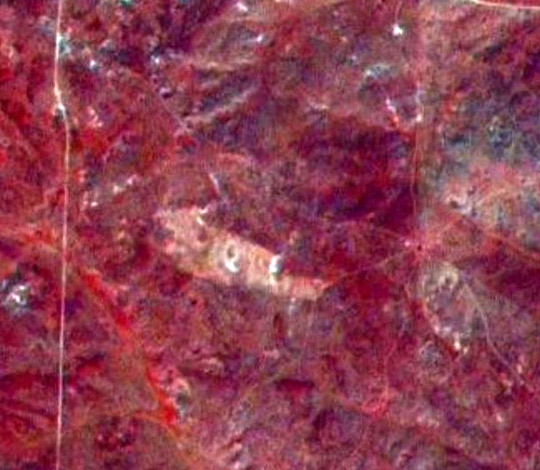 What he found was a silvery metal that looked aluminum. This was strange because there were no indications of any sort of aluminum objects in the area. He occasionally found tin, which would come from parts of tin roofs blowing around, and some nails. He eventually found more of these silvery pieces, and says they looked shredded. Some of the edges even appear melted. He also found some aluminum buttons that appear to be the type used on military fatigues in the later 40’s. If that is the case it demonstrates that the military was in the area. 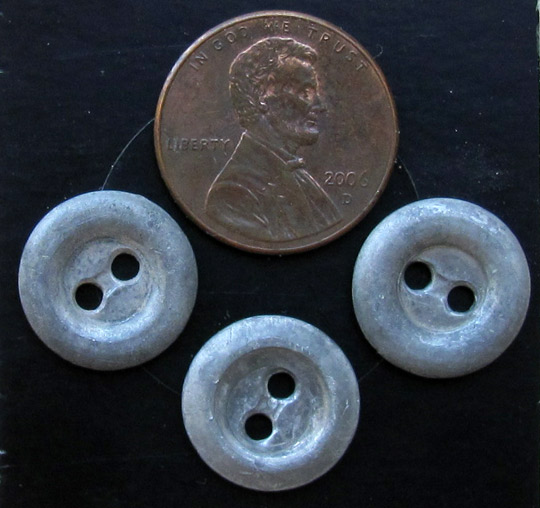 Kimbler felt the small silvery pieces were interesting enough for further analysis. To get some help he went to the Roswell International UFO Museum and Research Center. Located in downtown Roswell, the museum is the main hub for Roswell UFO crash research. He showed the material to the museum’s director, Julie Shuster, and was able to meet with researcher Don Schmitt. They decided to fund the first test which was done by New Mexico Tech in Socorro. Using a micro-probe, they were able to determine the material’s composition. It turned out to be an aluminum, silicon, manganese, copper alloy. It is not unknown, but it is used in construction and not usually found in a foil form.

This further inspired Kimbler to get some isotope work done on the piece. Kimbler says the isotope work is so important because the ratios are “very much like our fingerprints.” Certain concentrations of elements on earth are unique to Earth. So if you know isotopic ratios for magnesium, it will be the same for anything on earth with magnesium, but if it is not from Earth, it will have a different ratio. For instance meteorites have different ratios because they are not from Earth. Isotopic analysis is necessary to determine if a material is from Earth or another world. 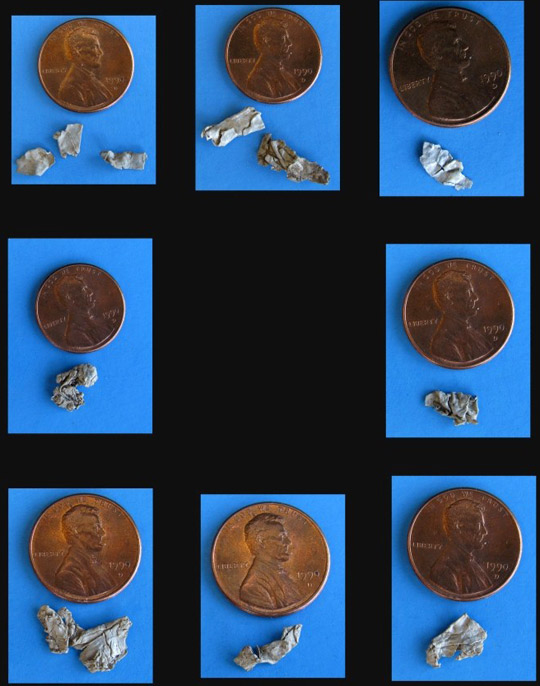 Some of the metal alloy fragments found buried and scattered over the debris field area. (image credit: Frank Kimbler)

Kimbler went to the University of New Mexico Institute of Meteoritics, and talked to their expert on isotopes to get an analysis done. Kimbler had not told the expert anything about the samples. He looked Kimbler “square in the eye” and told him that the only reason he would want to get this sort of test done is because he suspected the material was from outer space. He wanted to know where the material was from, and when Kimbler told him he refused to do the test, stating that the idea of a spaceship crashing at Roswell was “a bunch of hooey.” One of the other scientists in the office actually argued the point that if it is something unusual, the importance of that possibility makes it worth taking a look at. However, the expert didn’t budge and refused to do the work. The second scientist was a micro-probe specialist at the University and although he could not do any isotope work, he was able to get more specific information about the material’s composition and confirm the early work that had been done.

Bigelow Aerospace showed some interest in helping Kimbler with his analysis, but after spending months with little results, Kimbler had to go elsewhere. Kimbler was able to find another lab with multiple certifications willing to do the work. The UFO Museum put up the money, and the results were back in five days. Kimbler says he almost fell over when he saw the information. The ratios were off, and as he puts it there were only two answers to explain the results, “either the lab made an analytical error or the material is not from Earth.” 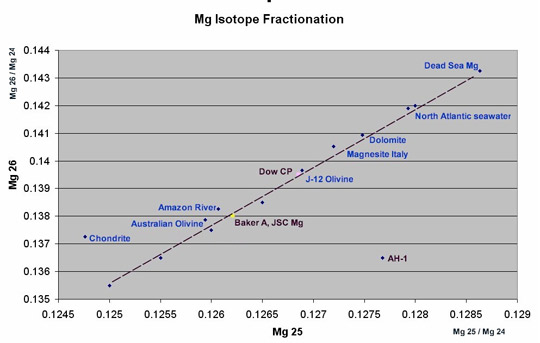 Magnesium isotope fractionation chart modified from the graph used by Dr. Peter Sturrock in his analysis of the Ubatuba UFO fragment. Magnesium bearing compounds, metals, and minerals should all plot on or very close to the line. A chondite is a type of meteorite and since it does not originate from Earth does not plot on the line. The Roswell AH-1 alloy plots way of the line. The AH-1 plot is an anomaly that is either an analytical error or the material is not from Earth. More testing is needed to verify the data to see if it is an error or its from another world. (image credit: Frank Kimbler)

However, Kimbler’s work is not finished. He says, “Following good scientific method protocol one set of data is not going to cut it.” In order to prove the lab did not make a mistake he needs to get more work done. He says he does have two more certified labs lined up to do more isotopic testing to confirm the work done thus far, and that he may have this work done within the next few weeks. Kimbler says in order to confirm the material is not from Earth, it is necessary to have two or three labs showing the same results.

Another important aspect of the material being aluminum and showing unearthly origins is that aluminum must be manufactured. Unlike some natural elements, such as gold or silver that can be found as nuggets in its raw form, aluminum is not found in nature. If this proves to be material not of this earth, it means this was something that was manufactured elsewhere. Thus far humans are not manufacturing anything in space, let alone something that would fall out of space and land outside of Roswell in a location where an alleged spacecraft was found in 1947.

Kimbler says he is being careful before making any definitive claims, but he is “hopeful.” He says certified labs don’t normally make mistakes, and that these people who did the work are some of the best in the business.

The implications if Kimbler’s material turns out to be of extraterrestrial origins and manufacture are of course startling. Could he have the smoking gun to prove we are being visited by an intelligent civilization from another planet, and that they crashed outside of Roswell in 1947? Kimbler says he will keep us up to date, and has been gracious enough to provide us with pictures of the material and the analysis. 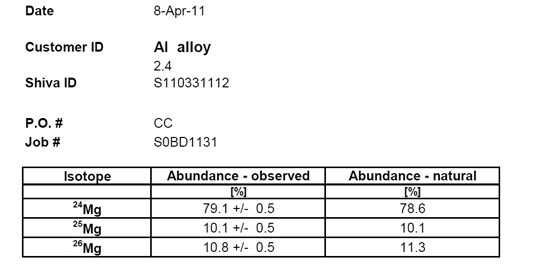 Magnesium isotope values from the certified lab that did the analysis. (image credit: Frank Kimbler) 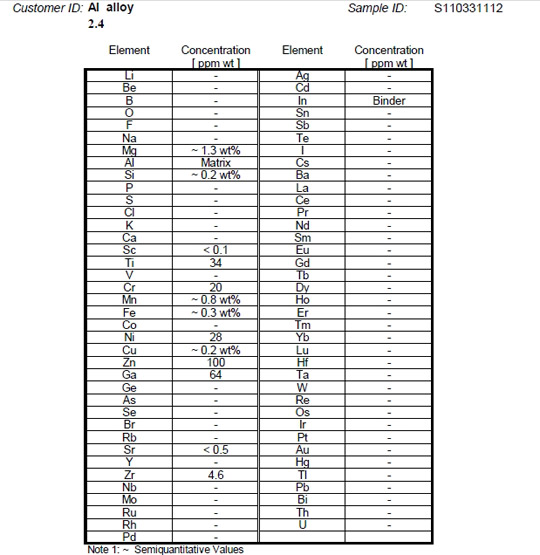 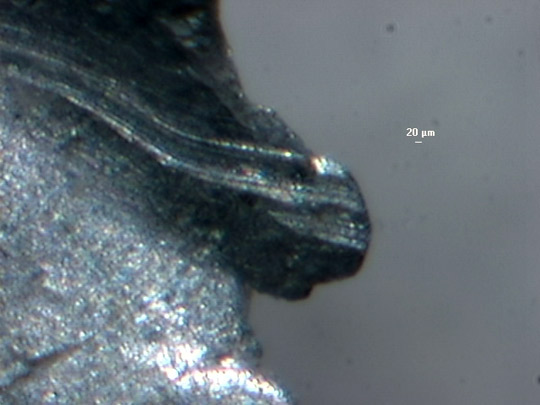 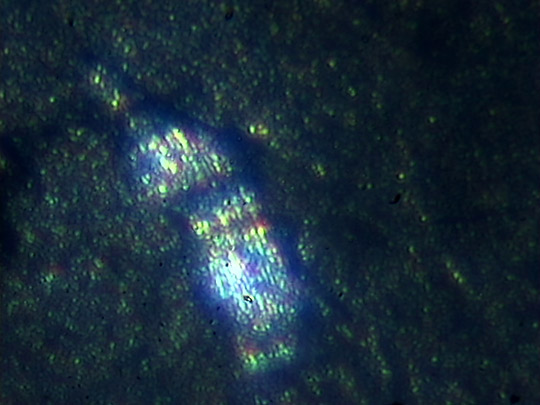