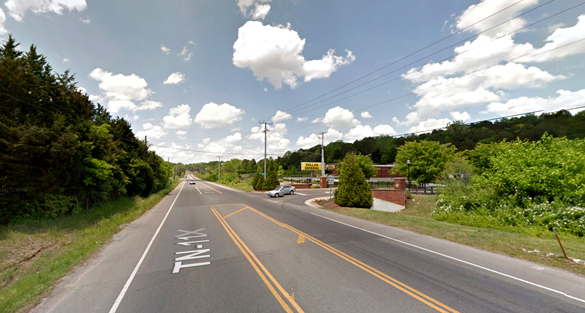 A Tennessee witness at Nolensville reported watching a triangle-shaped UFO hovering over a nearby quarry about 7:30 p.m. on January 19, 2016, according to testimony in Case 73987 from the Mutual UFO Network (MUFON) witness reporting database. 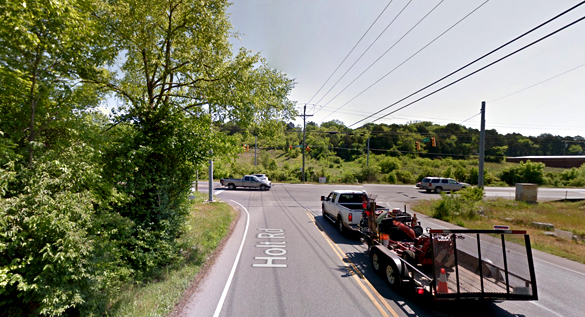 The witness was turning off Holt Road onto Nolensville Road, pictured, when the object was seen hovering over a nearby quarry. (Credit: Google)

The witness was driving home and noticed what at first was thought to be a helicopter with search lights over a quarry.

“The low stationary lights over the quarry is what I noticed,” the witness stated,“and then the triangular light pattern on the bottom as I passed by it.”

The witness also wondered if the object might be a plane.

“The lights initially made me believe it might be a plane as there are flight paths here. But this was very low for a plane, and when I saw it wasn’t moving, I pulled off the road to see what it was.”

The witness noticed that the object was in a hovering position.

“The object was initially stationary over a small rock quarry. It then started to move in a northeast direction, not very quickly. It was moving at a very slow pace for an aircraft. The craft was just above the tree line and electrical lines.” 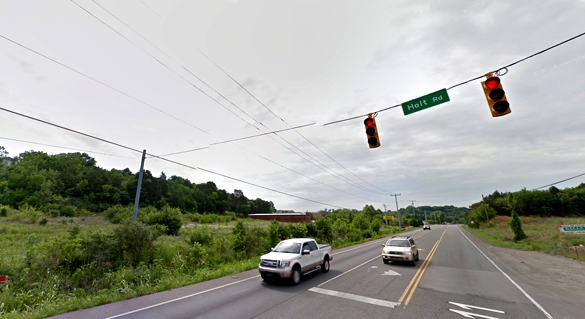 As the witness turned onto Nolensville Road from Holt Road, a triangle-shaped UFO was noticed hovering nearby. (Credit: Google)

The witness was excited to watch an object that could hover and move, but not make any sound.

“It would make those who live in flight zones happier if we had technology that was that quiet.”

The witness lost sight of the object as it moved out his line of sight from the trees across the street. The witness summed up his sighting.

“I was at Nolensville Road, Antioch, Tennessee, the rock quarry at the corner of Holt Road and Nolensville Road. As I turned off Holt Road onto Nolensville Road, I saw a triangular-shaped craft hovering over the rock quarry. I pulled off the road to try and take a picture of the craft, but unfortunately the camera phone didn’t pick up the lights of the craft as it was moving away from my vehicle. Shortly after the craft started moving off, a black helicopter flew over the area where the craft was at. Within another minute or two a second black helicopter flew in the direction of the craft. The hovering craft did not make any sound. But both helicopters made plenty of noise as they passed overhead.” 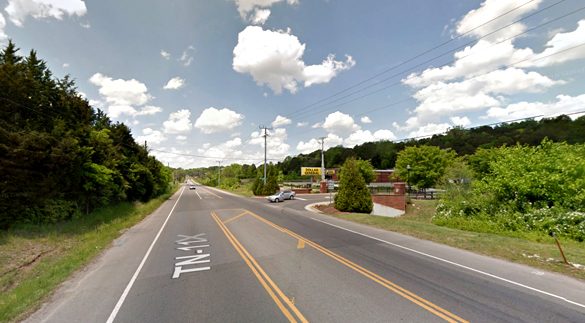 After the UFO moved away, the witness noticed two black helicopters in the area. (Credit: Google)

Nolensville is a town in Williamson County, Tennessee. The population was 5,861. Please remember that most UFO sightings can be explained as something natural or man-made. The above quotes were edited for clarity. Please report UFO activity to MUFON.com.