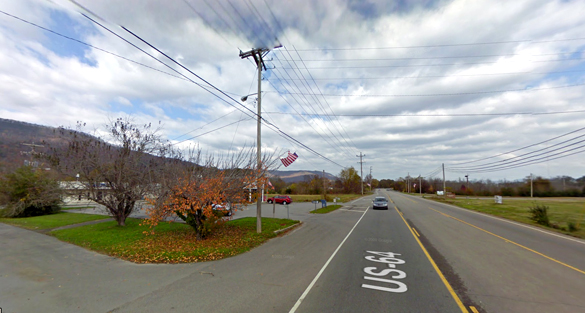 A Tennessee witness at Jasper reported having a strange feeling that caused him to move outside where he watched a silent, rectangle UFO larger than his apartment complex hovering nearby, according to testimony in Case 74637 from the Mutual UFO Network (MUFON) witness reporting database. 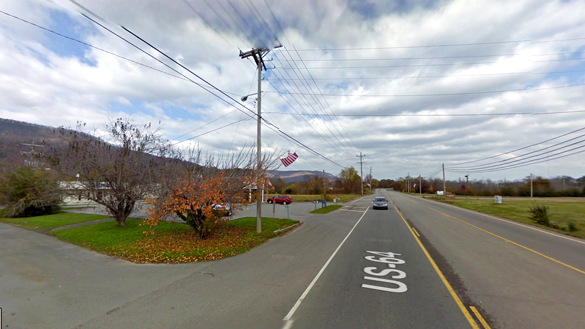 The Jasper, TN, witness said he had a strong feeling to step outside and then saw the UFO. Pictured: Jasper, TN. (Credit: Google)

“So I jumped up and ran out as fast as I could,” the witness stated. “And I look straight up and there it was – a gigantic, black rectangle with red lights in the shape of a pyramid and one light off to itself on the edge of the craft.”

The witness was amazed at how large the craft was.

“It was so big that it was bigger than the apartment complex I live in.”

The object was moving very slowly. 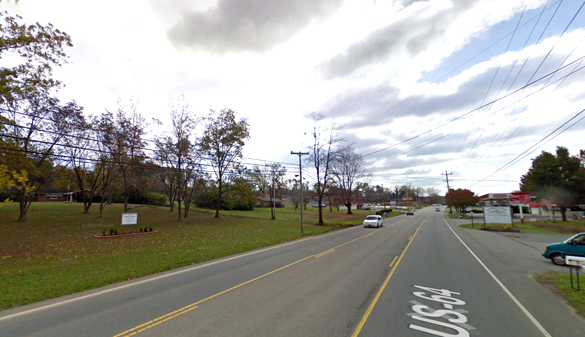 The witness said that the rectangular-shaped object was larger than his apartment complex. Pictured: Jasper, TN. (Credit: Google)

“I watched it slowly move by. And I mean slowly – almost a hover for about 10 minutes until it got so far I could not see it anymore. I’ve been around military aircraft my whole life and I live close to an Air Force base so I see and have seen every type of flying machines known to man. I have never seen anything like this or that big.”

The witness is not sure what he saw.

“I don’t know if it was a UFO, but it’s the biggest, slowest and most quietist thing that I’ve ever seen in the sky. I would like to know why I felt it as strong as I did and wasn’t able to hear it. The feeling of it being there was so strong that I practically ran as fast as I could outside and then it went away when I saw it right above my head just floating by like a skyscraper flying.”

Tennessee MUFON is investigating. The case was submitted to MUFON on February 23, 2016. No images or videos were included with the report. 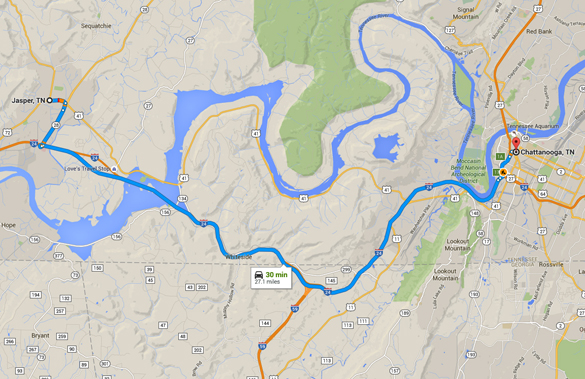 Jasper is a town in Marion County, Tennessee, population 3,279. Please remember that most UFO sightings can be explained as something natural or man-made. The above quotes were edited for clarity. Please report UFO activity to MUFON.com.