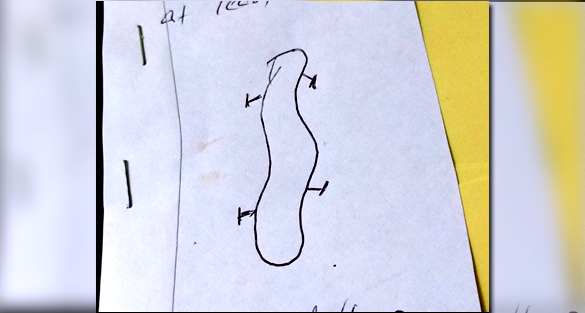 A Tennessee witness at Hendersonville reported watching a “reddish-brown, tube-shaped” object move low overhead that looked like it was swimming, according to testimony in Case 77821 from the Mutual UFO Network (MUFON) witness reporting database. 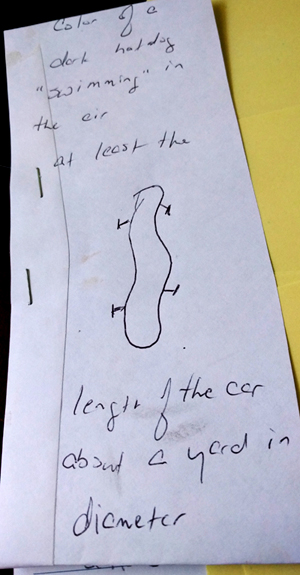 The reporting witness and her husband were driving westbound along Vietnam Veteran’s Parkway in Sumner County along the northern-most portion of Hendersonville just past 2 p.m. on July 19, 2016, when the incident occurred.

“My husband is driving, talking on the phone with his brother, and I see something above the roadway some distance ahead of us that is a pretty decent size and seems to be moving our way,” the witness stated.“We were driving about 55 mph and as a second or two passed, I began to think this was one of those longish government drones or something.”

The witness first believed she was about to see a drone.

“I thought, ‘I am going to get to see one of these drones up close’ because it was coming pretty low and over our lane, but it seemed to be moving a bit erratically in its flight path. Once it got within about four or five car lengths in front of us, I could see it clearly and saw no wings, no anything, just a smooth, dull, reddish-brown color, hotdog-shaped thing, four offset feet things, and the craft/creature was making a smooth swimming motion, like an eel.” 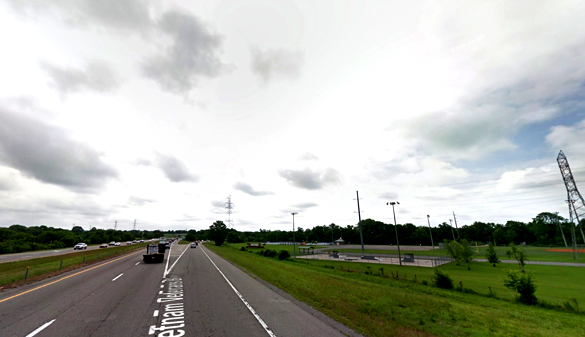 The witness said the object looked alive as they watched it from westbound Vietnam Veteran’s Parkway, pictured. (Credit: Google)

The witness described the object’s motion.

“I noticed that it wasn’t an even motion, like it was a live thing. It looked about 15 feet long and about three feet in diameter. I am so shocked that I finally holler, ‘What the hell.’ My husband takes the phone from his ear and says,‘What? What?’ I jerk myself around in the seat so I can see this thing out the back window, as it has just passed over the car. It has risen up in altitude, has turned off the roadway to the south, southeast, maybe 50 to 75 feet up and is entering a puffy cloud. I could still clearly see the feet as it entered the cloud. It seemed to be gently entering the cloud and when it was about two thirds into the cloud, I quickly looked at the couple of cars behind us to see if any were swerving or anything, but didn’t see any indication they saw too.” 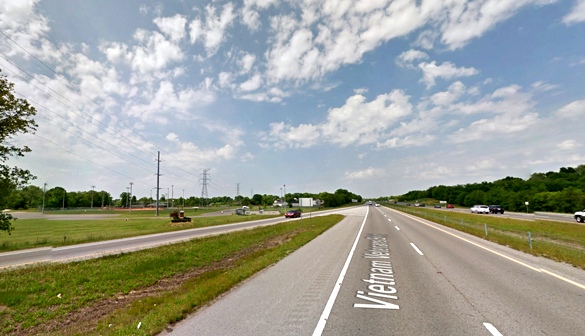 The object was described as 15 feet long and about three feet in diameter as it moved low over Vietnam Veteran’s Parkway, pictured. (Credit: Google)

The witness believes the object was a UFO.

“I turned to my husband and said, ‘I think I just saw a UFO.’ Then I said, ‘I think what I saw was a living creature.’ As soon as I got to a piece of paper, I drew what I saw. I just want to know if anybody else has seen anything like this. I wish I hadn’t seen this. I have been sick to my stomach ever since, knowing something like this is out there.”

Hendersonville is a city in Sumner County, Tennessee, on Old Hickory Lake, population was 51,372. Tennessee MUFON is investigating. The witness provided one illustration with the report, which was filed on July 21, 2016.