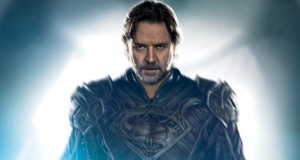 Russell Crowe made news earlier this year when he tweeted pictures from an alleged UFO sighting he had four years ago. Last week he tweeted a video posted by Jesse Ventura of Canada’s ex-Minster of Defense Paul Hellyer talking about UFO cover-ups at the Citizen Hearing on Disclosure, a mock-congressional style hearing in Washington D.C. that was held in late April into early May of 2013.