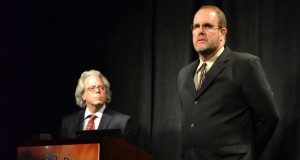 A U.S. Air Force veteran believes a UFO incident he experienced while on duty in 1980 is the root of his current health problems. However, initially the government denied he was on active duty at the time. With the help of a lawyer and U.S. Senator John McCain's office, his records have been corrected and he has received his full medical disability. He and his lawyer now claim their victory represents the "U.S. government's de facto acknowledgement of the existence of UFOs."