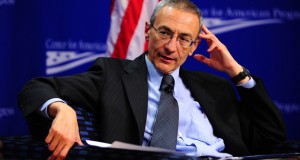 Johh Podesta was Bill Clinton’s chief of staff and aided in Obama’s transition into the White House in 2008. He is also known to be a sci-fi enthusiast, and has been involved with efforts to get the government to disclose all it knows about the UFO phenomenon.