Interview with NASA astronaut on ‘Gravity’ and the dangers of spacewalking 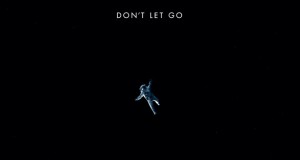 NASA astronaut Michael Massimino has logged over 30 hours of spacewalking during two missions on the space shuttle to service the Hubble Space Telescope. He has performed four spacewalks, the longest of which was around eight hours. I was lucky enough to get to talk to him about Gravity, a new movie starring Sandra Bullock and George Clooney about two astronauts and a spacewalk gone badly