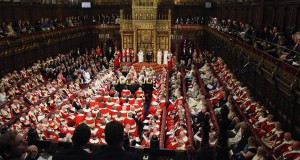 Since it became known in Autumn of 2014 that contrary to the claim that the British Ministry of Defence (MoD) has released all of its formerly secret UFO-files already back in 2013, still 18 files of the MoD’s former UFO-Bureau files were held back, UFO-researchers as well as historians look forward to the release of those files, that has been postponed repeatedly since then.

END_OF_DOCUMENT_TOKEN_TO_BE_REPLACED

One of the documents that has received some attention in the latest release of UFO files by the British Ministry of Defence (MOD) is a long letter written in 1994 by Ralph Noyes, who headed Defense Secretariat 8 (DS8) in the early seventies...

END_OF_DOCUMENT_TOKEN_TO_BE_REPLACED

“We remain firmly opposed to a Grenada resolution on UFOs...therefore, make no attempt to conceal the UK’s intention..."