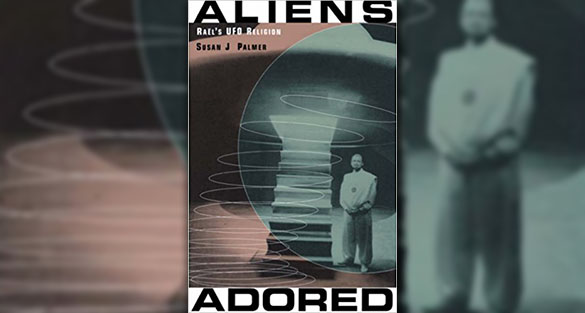 Open Minds UFO Radio: Susan Jean Palmer is a sociologist of religion who lives in Montreal, Quebec. She is an Affiliate Professor at Concordia University in Montreal and a Research Fellow and Member of the Religious Studies Faculty at McGill University. Her research in the field of new religions has been funded by Canada’s Social Science and the Humanities Research Council. She is the author of Aliens Adored: Rael’s UFO Religion (Rutgers 2004), a sociological analysis and ethnographic study of the largest UFO “cult” in the world. She also wrote The Nuawaubian Nation (Ashgate 2011), a study of a Black Nationalist sect whose leader claims to be an extraterrestrial. She has written 11 books in total and is very interested in prophet-founders of UFO religions.

In this interview, we discuss Susan’s aforementioned books, and other UFO religions around the world. We also discuss their importance and influence on society and mainstream religions.

You can see purchase Susan’s books on Amazon.com.