The extraterrestrial-theme will be appearing again in this year's Super Bowl advertisements. 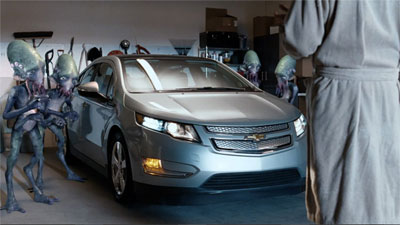 It’s the time of year again when that major television event known as the Super Bowl takes place.

This American football championship game has historically been the most-watched program on American television. In fact, the 2011 Super Bowl had the largest audience ever for a U.S. television broadcast at 111 million viewers. This year’s big game could repeat last year’s record-breaking viewership. But something else from the 2011 Super Bowl that will certainly be repeated this year is the appearance of extraterrestrial-themed advertisements.

I have a feeling that the extraterrestrial theme will be popping up in several other commercials too.