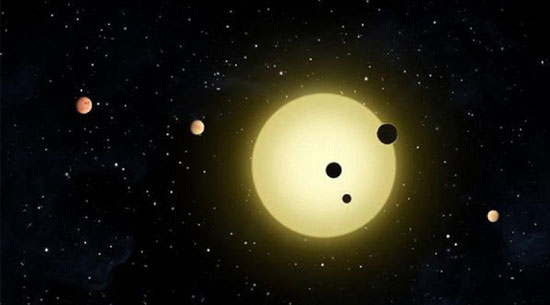 Study suggests other solar systems are more habitable than ours

A new study suggests that planets in other solar systems might be more hospitable to life than our own because they would be warmer.

Geologists and astronomers at Ohio State University used data from the High Accuracy Radial Velocity Planet Searcher spectrometer at the European Southern Observatory in Chile to study eight “solar twins” of our Sun. These are stars that resemble our Sun in size, age, and overall composition. Seven of these eight solar twins reportedly contain much more thorium than our Sun, suggesting that planets in those solar systems are potentially twenty-five percent warmer than the planets in our system. Nancy Atkinson of Universe Today explains that would make those planets “more geologically active and more likely to retain enough liquid water to support life, at least in its microbial form.” She goes on to say, “In turn, the ‘Goldilocks Zone’ around other stars–the habitable region–would be bigger than the Zone in our own Solar System.”

The team’s preliminary research was presented at the recent American Geophysical Union meeting in San Francisco.