Study suggests alien and human DNA could be similar 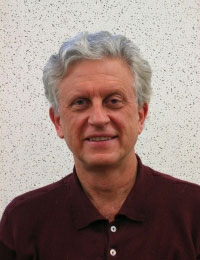 Research suggests that humans and extraterrestrials could share the same DNA.

The Daily Mail explains that there are twenty standard chemicals that contain the DNA from which human life developed, and “researchers have already synthesized the ten which are thought to have existed millions of years ago.” These ten are also thought to be the most likely to be found on meteorites. According to Ralph Pudritz of McMaster University in Hamilton, Ontario, “these ten are simpler, need less heat and lower pressure than more complex acids, meaning they are more likely to survive in hostile environments,” leading him to believe that “this may implicate a universal structure of the first genetic codes anywhere.”

The Daily Mail interprets Pudritz’s research to mean that extraterrestrials might resemble humans in appearance. But similar DNA does not equate to similar appearance. As SETI Institute senior astronomer Seth Shostak pointed out to Wired in May 2012, “Eighty percent of a pumpkin’s DNA is identical to human DNA.” In 2011, Shostak was asked during an interview with Popular Science to speculate about the appearance of extraterrestrials. He commented:

Irene Chen, a systems biologist at Harvard University, told the Daily Mail that Pudritz’s research is “interesting” but difficult to analyze “without experiments to back it up.”