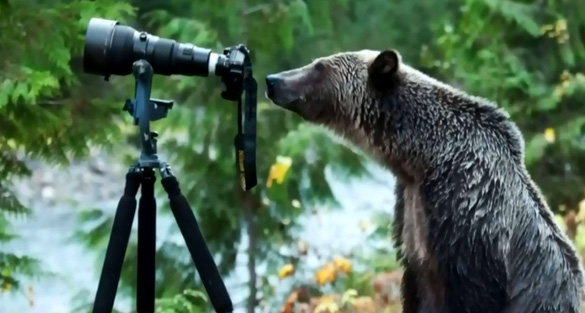 Reactions on the ground to UFOs moving overhead have been reported for centuries ranging from people saying they were transfixed during the encounter to some running for cover. 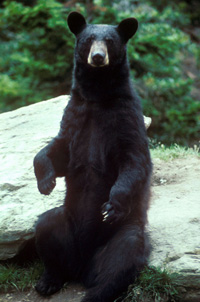 When the bears were first videotaped in the wild it appeared that they had no interest in the UFO moving overhead. Pictured: American black bear. (Credit: Wikimedia Commons)

The UFO was an unmanned aerial vehicle (UAV) equipped with video to capture the bear’s apparent reaction. But the free roaming American black bears in northwestern Minnesota being tracked and photographed in their natural setting had been fitted with Iridium satellite GPS collars and cardiac biologgers.

One researcher was quoted in Phys.org.

“Some of the spikes in the heart rate of the bears were far beyond what we expected,” says Mark Ditmer of the University of Minnesota, St. Paul. “We had one bear increase her heart rate by approximately 400 percent—from 41 beats per minute to 162 beats per minute. Keep in mind this was the strongest response we saw, but it was shocking nonetheless.”

Early research showed that the bears were rarely startled and did not run away from a UAV moving overhead, according to Phys.org.

But researchers were able to study the hidden effects the brief five-minute UAV flights had on the bears. Reviewing 18 flights they noticed that only twice did the bears seem to change their behavior in response to the UAV. But all of the bears had elevated heart rates – which they recovered from rather quickly. 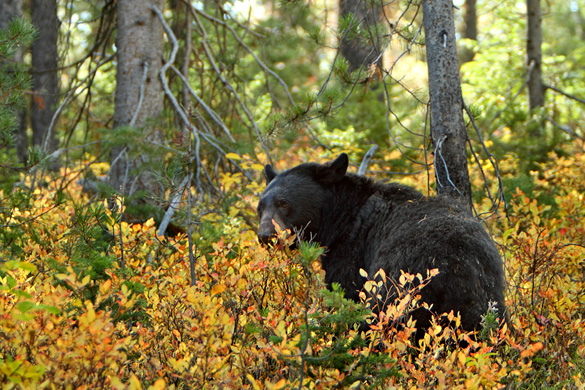 “Without the use of the biologger,” Ditmer told Phys.org, “we would have concluded that bears only occasionally respond to UAVs.” 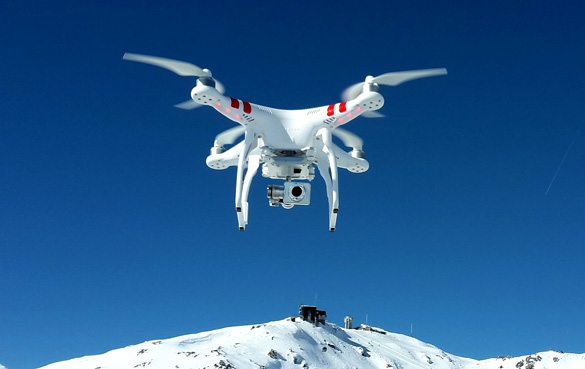 Researchers use an unmanned aerial vehicle (UAV) to videotape the bears in the wild. Pictured: A DJI Phantom UAV for commercial and recreational aerial photography. (Credit: Wikimedia Commons)

“All bears,” the report states, “including an individual denned for hibernation, responded to UAV flights with elevated heart rates, rising as much as 123 beats per minute above the pre-flight baseline. It is important to consider the additional stress on wildlife from UAV flights when developing regulations and best scientific practices.”

Editor’s note: The image of the bear with the camera in the header of this story was taken by Jim Lawrence.