An odd luminous orb, meandering through a neighborhood in North West England, was caught on a security video last month. The witness spoke to The Bolton News, a local newspaper, and also submitted their sighting to the Mutual UFO Network (MUFON).

The witnesses says they were on vacation when the incident occurred. They are unsure what caused the camera to begin recording. There was nothing in the video that appears to have been able to trigger the motion sensor. 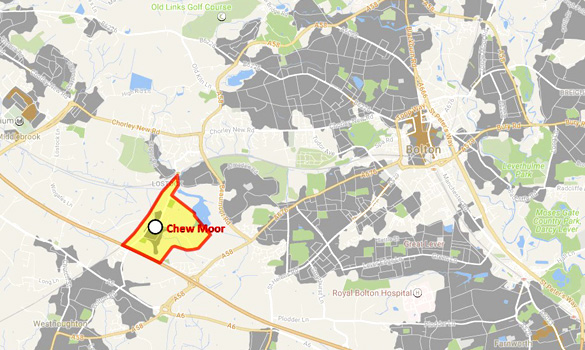 The witness was in Chew Moor, on the outskirts of Bolton. (Credit: Google Maps) 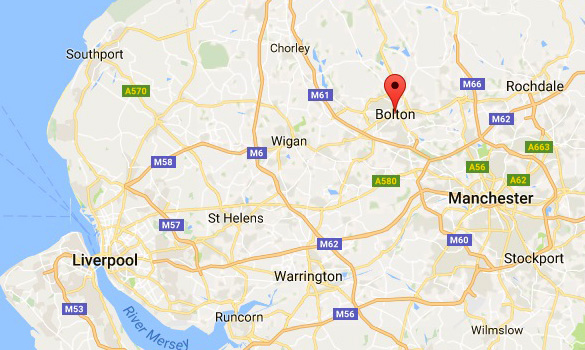 Bolton in relation to Manchester and Liverpool. (Credit: Google Maps)

The witness, Diane Beard, told The Bolton News, “It couldn’t have been our cat, Alfie, as he was in the cattery while we were on holiday.”

The orb does not appear to have triggered the camera either, because it is not seen for several seconds into the video. 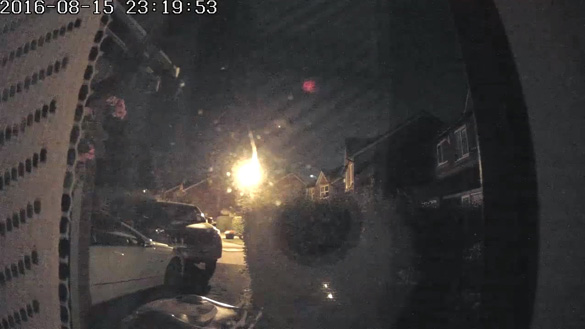 A still of the object just appearing from behind the homes. (Credit: MUFON/YouTube/Diane Beard) 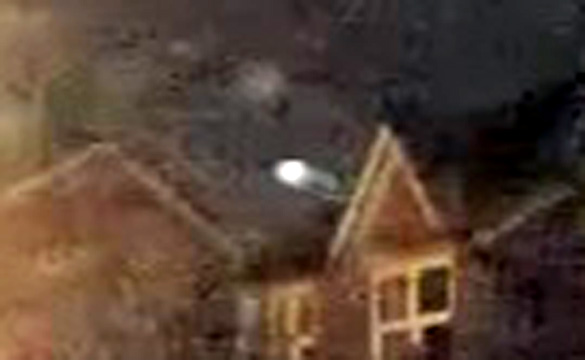 The witness reported to MUFON, verbatim:

We were actually on holiday away from home when we caught this ufo on our surveillance camera at home. We noticed the following morning that we had captured something strange. We cannot find anyone else at this moment in time who saw it too but to record it on video I think is very lucky. On the video it has recorded the date and time. On the video after our security light comes on and then goes off a few seconds later, above the neighbours houses but further away a light appears to the centre of the screen. This light seems to have a trail after it. We thought we were watching a meteor at first but realising it was quite big and not straight up in the sky, it would have to be pretty close to the earth if it was. Also, the light changes direction, it actually turns around and comes a little closer as it goes back to the same direction it came from. The light comes into view in the centre of the screen and moves left, when it turns around it slightly disappears behind a tree but can still be seen. When it comes back it seems to come closer and moves off to the right and in the same direction it came from. I feel as it was moving over some water to the outskirts of our village.

Turnbull reported that he had spoke with the witness who had been alerted of the video by the security system while on vacation in Greece on August 15.

The fact that is recorded in background the UFO was purely coincidental. There is clearly shown a large bright white object that appears to be under some kind of control, changing direction while giving off a sort of trail. This cannot be classified in any way as conventional. Other than that I unable to elucidate thus its classification of I.D.  INSUFFICIEBNT DATA. There were no other correlating cases. 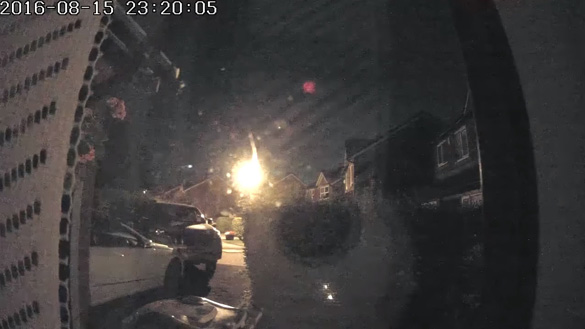 A still image of the video as the object comes back around in front of the homes. (Credit: MUFON/YouTube/Diane Beard) 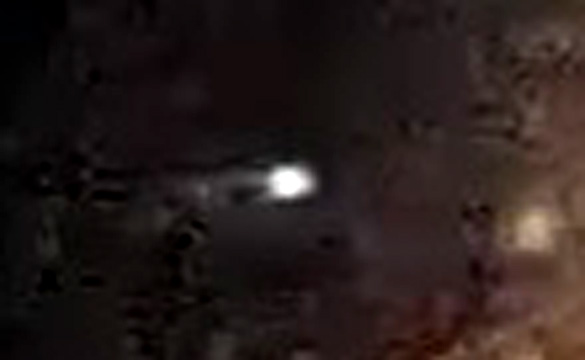 Some have suggested the object in the video could be a bug, but it appears it goes behind the houses in the background before coming back around in front of them. Others have suggested that the video could be a hoax because it is so short, and they assume it is edited. However, if the object is not what triggered the camera to begin recording, and whatever did was gone, then the video would stop on its own. This seems to be the most likely explanation as to why the video cuts off abruptly.

So what is this mysterious orb? We dunno. Let us know what you think below.